Dear Debut Author - You Are Not a Failure

You’ve published your first book, and it was not the success you hoped it would be.

You are not a failure.

Right now you may be looking at other authors in your genre who published books around the same time as yours, and asking yourself, “What did they do that I didn’t do? What do they have that I don’t have? Why them and not me?”

You may be gritting your teeth in certain social situations right now, evading certain questions, forcing a smile or an answer that feels insufficient. You may be glued to your screen, hitting page “refresh”, sweating over the latest numbers or reviews. You may feel very, very tired.

I’ve been working in book publicity for over a decade. And I’m here to tell you: You are not a failure. Here’s why.

Publishing was always going to be harder than you thought. And that’s ok.

You never know what it’s really like to publish a book—specifically, your book—until you do it. Now you’ve done it, and now you know. The publishing industry is mercurial, outdated and changing constantly; this was the reality long before you and your book came along. Looking back, there are probably some things you would have done differently, if you’d known better. But you’ve never known more about publishing your book than you know right now. In spite of everything, you still published that book, and learned a ton along the way. Hold on to what you’ve learned—you’re going to use it.

If there was a one-size-fits-all path to publishing success, every book would be a bestseller.

It’s a truth universally unacknowledged, from the boardroom of the most powerful publishing house to the IngramSpark or KDP account on your laptop: if anyone knew the foolproof recipe for literary stardom, then every book they touched would turn to gold. The truth of publishing success is much more complicated (and arbitrary) than your editor or publicist or favorite super-author would have you believe. Books tank—or succeed—against all expectations, all the time. Authors and publishers constantly make educated guesses on how to make the latter happen, with mixed results.

While we don’t know the entire recipe for success, two key ingredients stand out: the amount of money and time that are devoted to a book. If your debut was traditionally published, you may not have realized that the amount of money and time allocated to your book was pre-determined when it was assigned to an A-, B-, or C-list after acquisition (we could go into detail about why certain books are regulated to certain lists, but that’s a subject for another article). If you’re indie-published, you may have devoted a substantial amount of time and money to promoting your book, but perhaps you didn’t have the publicity savviness to reach the audience you wanted.

Trying to achieve a certain benchmark of success is like trying to cook while blindfolded in an unfamiliar kitchen: Certain steps can be taken, familiar strategies adopted and best guesses made—and results will vary.

The sales aren’t as bad as you think.

But you have no idea what my sales are! you say. Well, it doesn’t actually matter what the number is—the sales aren’t as bad as you think. If your sales are high—say 1,000 copies per week with a good traditional publisher—you may still not crack a bestseller list, even though you’re doing well! If your sales are low or nonexistent, your published book has a better chance of making it in front of readers now than your unpublished manuscript ever did. The market is incredibly saturated and competitive, making “good” sales benchmarks an elusive target. Your publisher or editor may “expect” certain figures, but—as established above—even they don’t have the magic to “make it happen” (and they’ve been in the business for a long time). Any sales are “good” sales, and (in spite of what some may tell you), the opportunity for book sales doesn’t have an expiration date. You’re building your readership brick by brick.

Your first book won’t make or break you. Your work ethic will.

Your debut is the foundation upon which to build your author brand, and for the vast majority of writers, building an author brand takes years. Now is the time to put the lessons you’ve learned to good use. Continue to write books. Hone your craft. Prove that you will keep investing in growing your platform and reaching out to new readers. You are now smarter and savvier about publishing than you’ve ever been. Ensure your current strategies—and future books—reflect that. 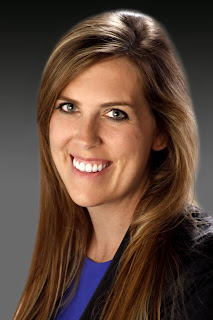 Congratulations: you did the thing. And regardless of how excited or disappointed you feel about your publishing journey, no one can take the victory of publishing a book away from you. Now it’s time to think about what’s coming next. Maybe it’s the next book. Maybe it’s a renewed promotional strategy based on your newly-acquired publishing experience. Hopefully, it’s both. Your debut will not define your writing future—only you can do that.