Why Every Writer Should Freelance

Let’s say you’re working on a book. It engulfs you, dominates your every waking hour. This story is the reason you became a writer. Problem is, it’ll take you at least a year to write, edit, and publish, assuming you indie publish, but if you go the traditional route, expect two to three. How are you supposed to pay the bills in the interim?

Every single writer should know how to freelance.

A solid writer should be able to write just about any gig in the freelance arena. Magazine features, blog posts, corporate copywriting, and journalistic pieces. All it takes is a firm grasp of the language and craft, and a writer’s eye for a storyline. If you’re writing a book, you already profess to have that hand’s down under your belt. So why not write short nonfiction pieces, anywhere from 500 to 5,000 word pieces, for editors of periodicals and websites?

And no, you don’t have to write for free to break in, one of the largest myths in the industry. There are ample markets out there paying ten cents/word up. There are plenty of others who don’t and they often make the most noise when seeking writers, but hold out. You want to respect yourself. Don’t forget, this freelance effort is to subsidize your effort to write that novel, so you cannot afford to give it away.

Where to find the gigs:

But how do you get started? Where do the ideas come from? First learn how to query or pitch at sites likeThe Renegade Writer and Make A Living Writing. Your query is the first introduction between you and the editor. Make it powerful. It even doesn’t matter that you haven’t freelanced before as long as the idea is solid and a good match for the editor’s needs.

For instance, I once pitched a piece to Landscape Management Magazine because a landscaper came to my door to talk to me about my yard after I’d built a new house. He treated me like a “little lady of the house” and assumed I knew nothing about grass, plants, or irrigation. After I let him finish his spiel, I informed him I had a degree in Agronomy, aka plant science. He was mortified, but I let him start over and talk to me on a different level and we did fine. Immediate after he left, I pitched the piece to the magazine with no mention of my writing experience. All they saw was Agronomy degree and the story idea. They paid $150 for 500 words, thirty minutes after I pitched it. Keep a notebook because ideas will come at you from nowhere. Look at the world as if it were nothing but story material. Your silly daily experiences will prompt remarkable angles and spins on very simple topics.

Also, start pitching local, soliciting the regional and local publications in your area. Editors prefer local. Your dentist, real estate agent, nursery, bakery, or local diner may do a newsletter once a month, too. Offer to write for them, or even offer to create and deliver said newsletter. Same goes for nonprofits and charities. Join your local Chamber of Commerce and become the only freelance writer in the membership and watch the requests come in.

You may think you’re shortchanging your book. Just remember that freelancing not only provides interim income as you write your novel, but it also hones your writing skills. Every word you write, edit and publish helps you climb that ladder to becoming a more polished, entertaining and marketable writer. And your novel will thank you in the end. 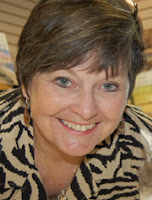 C. Hope Clark is founder of FundsforWriters.com, selected for Writer’s Digest’s 101 Best Websites for Writers for the past 15 years. Her weekly newsletter reaches 35,000 readers. But to show Hope practices what she preaches, she is also an award-winning mystery author of two series, the sixth release due out Summer 2016. She continues to freelance, produce newsletters, write novels and speak at two or three dozen venues per year.
C. Hope Clark
Funds For Writers

Welcome To Our New IWSG Administrator, The IWSG Newsletter & The World Of Wattpad

Today we have two exciting announcements!
We welcome Chrys Fey to the admin team! PLUS we have a newsletter! Chrys has been working hard behind the scenes to get the newsletter up and running.
The Insecure Writer's Support Group Newsletter will feature articles by industry experts, IWSG members, and administrators. There will also be a dozen links to helpful articles for writers in each edition, as well as a special Member Spotlight. Even if you're not a member of the blogging group, you'll greatly benefit from these FREE monthly newsletters.

The first issue goes out on February 24th.

Sign up link - : http://eepurl.com/bM8oHL
Those who are part of the IWSG monthly blogging are already signed up.

*          *          *
Also welcome two bloggers, Misha Gericke and Rachel Morgan, who are here to share their Wattpad experiences.
Misha’s Experience
I actually joined Wattpad in 2013, but only really took the time to figure out what to do with it a year later. I basically decided to try it out after hearing a talk about it on NALitChat and have been doing my thing there ever since.
I like Wattpad, but it might not be everyone’s thing. The biggest issue, I think, is that it’s a free platform, but more than that, it’s a free platform with millions of stories competing with yours. So it seems that the two things put together leads to people not realizing the site’s potential.
At the same time, it’s really hard for me to explain how to succeed at Wattpad. The first thing you need to do is commit to a strategy, but that strategy depends on what you want. Some people only want to get some exposure for their story. Others want critiques. Others want a combination of the two.
There is, however, one piece of advice you’ll need to know regardless of what you want: Be social. And by that, I mean more than going around and following people. (In fact, it seems to be distinctly useless to follow people unless you want to read updates about them.) So if you want people to know about you? Go read and comment on their stories. Or be active on the club forums. Or join a book club. Or offer critiques. Or…. You know, figure out what you can do to offer some members of the community something they want.
Which means that (other than writing a damn good story) you’re going to have to put in a lot of work. I believe that the effort is worth it, but, again, it depends on what you want from the platform.
Bio: Misha Gericke lives in the Western Cape, South Africa, where she’s busy working on her next shiny idea. If you’d like to get in touch, you can visit her blog (sylmion.blogspot.com), tweet her (@MishaMFB) or check her out on Wattpad (MishaMFB)
Rachel’s Experience

Some time in the first half of 2013, I joined Wattpad and uploaded the first five chapters of The Faerie Guardian (Creepy Hollow #1) in the hopes of enticing new readers to check out the full book and the rest of my YA fantasy series. Then, having plenty of other social media platforms to keep up with, I forgot all about Wattpad!
A number of months (and minimal reads, votes and comments) later in January 2014, Wattpad asked me if I’d be interested in having The Faerie Guardian put onto their Featured Stories list. This would give it far more exposure to many more readers on the Wattpad site. The catch? I would have to upload the complete story and leave it on Wattpad for at least six months. At that point The Faerie Guardian ebook was not free, so I assumed this feature would lead to decreased sales of this particular book. I decided it might be worth it though, if the increased exposure could result in more readers purchasing the remaining books in the series.
Once the feature began, the reads and votes for the book shot up, and comments filled my inbox. I replied to as many as I could, and suddenly Wattpad became so much fun! Getting to see readers’ in-the-moment reactions to one’s story isn’t an experience we authors often get, and I loved this reader-author interaction.
It’s now been almost two years since that Wattpad feature, and The Faerie Guardian has over 1.4 million reads and 35,000 votes on the Wattpad site. There’s no way of knowing how many of those reads have led to sales, but I consider the exposure to thousands of readers completely worth it.

A FEW NOTES:
- The Wattpad community doesn’t seem to overlap much with the customers who browse Amazon, iBooks and other retailers. Despite making my book freely available on Wattpad, there was no decline in sales of this book.
- Contact Wattpad and ask if they'd be willing to put your book onto the Featured Stories list for a period of time.
- DO interact with readers who leave comments on your books (unless they’re negative and unhelpful!).
- YA fiction works well, since many Wattpad readers are teens.
- Be prepared for the (very few) readers who get upset when they reach the end of your book and find that it’s part of a series and they have to pay to read the rest of it.

Bio: Rachel Morgan is a South African author who spent a large portion of her childhood living in a fantasy land of her own making. She is the author of the bestselling Creepy Hollow series, and the lighthearted contemporary romance Trouble series. You can find her online at her blog, http://rachel-morgan.com/ or you can tweet her @AuthorRMorgan.

Are you on Wattpad? Do you have some Wattpad advice to share with our members? Signing up for our newsletter? Wouldn't you like to be a featured member in the Member Spotlight section of the newsletter?
Posted by Michelle Wallace at 4:22 AM 28 comments: