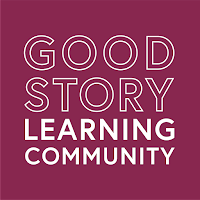 One of the big challenges of being a writer is the lack of community. Even as we’re more connected now than ever before via social media, it can still be tough to find trustworthy information and engaged peers on this journey. While the act of writing is very individualized and mostly gets done alone (unless you collaborate with someone), it’s still very important to nurture your whole writing self with a community. During my more than ten years of teaching writing, I’ve long been trying to figure out the best way possible to facilitate this—and add some additional benefits.

A personality trait that, to me, differentiates writers who are likely to be successful from those who are likely to struggle is that inner drive to learn. Learn about the craft, the tropes, the expectations, the business, the process, the market, the other things that are on shelves. Whenever I speak at a conference, I make it a point to validate the writers who have chosen to attend–they are doing something valuable by getting together and learning. Writers have more educational opportunities available now than ever before, but it still takes thought and drive and dedication to make use of them.

That’s why we at Good Story Company decided to combine the elements of learning and community, to give motivated writers everything they might be looking for in one space. Good Story Learning is a membership community that collects all of our “deep dive” educational content, vide courses, workshops, and webinars in one place for on demand viewing. Join for a month and binge. Stay longer and really work your way through the many classes we’ve taught over the years about querying, first pages, picture books, novels, self-editing, marketing, and more. You’ll find more than one hundred hours of content and fifty downloadable handouts and resources.

In addition to this wealth of information and curriculum, Good Story Learning provides that community that’s housed on a Discord server (combining the functionalities of a forum and a chat room). Here, we have questions of the day, AMAs (“ask me anything” sessions with the faculty), and separate chat rooms for all of the main writing and publishing categories that our students are involved in. We’ve even had members host writing get-togethers, where they work in solidarity and companionable silence. The Discord server represents a great opportunity to connect to other writers, get advice and close personal attention from the Good Story Company editors (myself included), and hold yourself accountable to learn and write. Give a little community, get a little community in a safe and supportive place.

To keep growing our offerings and helping writers come together, we are introducing a book club for our members with monthly discussion of current titles, led by our editors. This will help writers who aspire to stay on top of the market to tune in, hear insider perspectives, and share their takes.

Good Story Learning is, like any WIP, a resource and community that’s growing and changing. Come join us and see what it’s all about. To get your first month free, use code FIRSTFREEIWSG.

I don't bother making New Year's Resolutions anymore because, from past experience, they are short-lived goals. I'm always remorseful I haven't followed through with most--or sometimes any--of them come March. Then guilt follows remorse and...well, you can see where I'm going with this.

However, wishes aren't resolutions, and I'm not making them during a milestone or an emotionally charged time, so I thought...why not?

For 2022, my authorly self wishes that I will write stories that are better than the ones I've written in the past.

My wish isn't momentous, but I promise it's heartfelt! Once I'd made it, I thought other authors might also have some interesting wishes to share, so I asked some to send them to me, so I could share.  Here's what they said and in the order I received their responses.

Struggling with Weak Characters? Here’s How to Make Them Stronger 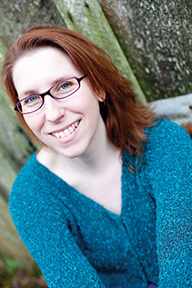 Strengthen your characters with these eight questions.

Stories are about characters struggling with a problem, but sometimes, we get so focused on that problem we forget to give our characters the same attention. We treat them like paper dolls acting out our plots, and even though we promise to flesh them out in the next draft, we don’t always keep that promise.

So our drafts end up with weak characters who are there only because they have to be.

The problem with weak characters, is that they lead to weak stories.

Stories that don’t emotionally hook readers. Stories that have little to no tension. Stories that explain a premise, but never dig into why anything in that premise matters to a particular person. They’re yawn-worthy, when we want them to be gasp-worthy.

It’s better for everyone, really.

Before you start your next draft, ask these eight important questions:

1. What are the critical needs of the character?

Those needs are driving and influencing all of your character's decisions, which will make it easier for you to craft a strong story. Look for needs that will help your plot unfold, not just random traits that look good on a character sheet, but don’t really serve the story.

2. What are the critical fears of the character?

Fears are great for creating conflicts and figuring out the right challenges to throw at the protagonist. If you know what scares them, you won't just pick “stuff” to throw in their path, you'll pick problems that will affect them on a deeper level, thus creating a more emotionally resonant scene.

3. Who are the character’s friends?

You can tell a lot about a person by who they hang around with, so what types of people are in your character’s life? What are their key needs and fears? Do they have traits that your character finds appealing or soothing? Annoying or irritating? Be wary of characters who are basically mirror images of your protagonist—if they don’t bring something different to the story, why are they there?

4. Who are the character’s enemies?

And not just the antagonist, but their daily foes. Who they avoid or can't stand says a lot about them, too. Why do they avoid these people? Is it for just cause or did they do something to create that animosity? Characters with shady or shameful pasts might have enemies that suggest that past, or show up to cause trouble.

5. What personality traits help the character? Which ones hurt them?

This is a different take on the old "strengths and weaknesses" question, but the focus is on how these traits work in the story. What does your character do that usually gets them out of trouble or helps them find their way? What do they do that usually backfires, or gets them into trouble? Think about your plot and character arc, and how a character’s trait could affect them, both positively and negatively.

6. What does the character think is fair? Unfair?

This explores their moral beliefs. What have they found in your story that really ticked them off and made them want to act to fix it? (It doesn't have to be your plot, but it's okay if it is). Their sense of justice can be found in how they feel about the situations around them, and what they’re willing to do about it. This can add pressure at the worst possible moment.

Not everyone agrees all the time, especially friends. These spots will come up naturally as you write, because you're probably looking for places to add conflict or hash out different ideas to keep the tension up. What opinions have you given your characters without even realizing it? Use these to deepen emotions and add even more layers of conflict.

8. How does the character handle stress?

Some folks are calm under pressure, others fall apart. Since your characters are going to be in some stressful situations, knowing how they react and why can reveal still more about them.  Sometimes we naturally react one way, but other times it's because we've had experience or training to handle things—good and bad. And we don't always handle stress well.

By the end of these questions, you should have a much better sense of how your characters tick, how they interact with the people around them, and how they’ll handle the problems of the story.

For stronger stories, create characters worthy of those stories.

Digging a little deeper than the typical “character sheet information” can give you additional tools to craft scenes with layers of conflict and emotion. Multi-layered scenes created story depth, and gives readers a story world they can lose themselves in.

How much character development do you do before you start writing? Do you do the character work first, or in the second (or more) draft? 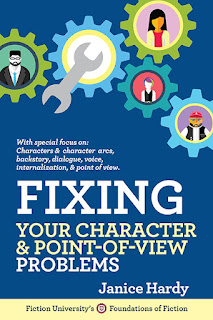 Insecure Writer’s Support Group Day and Resources for Our Writers 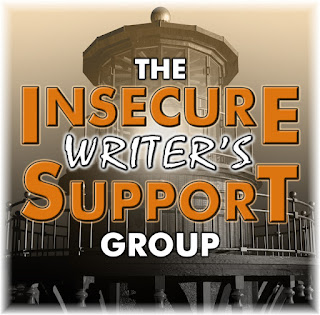 April 6 question - Have any of your books been made into audio books? If so, what is the main challenge in producing an audiobook? 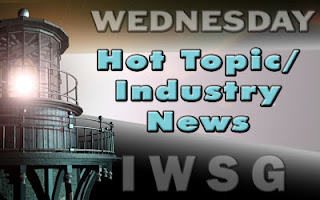 Have you connected with us on Facebook?
We have an awesome group with thousands of members.
We feature prompts throughout the week, including Promo Friday, Services Offered Monday, Ask For Help Wednesday, etc.
Join us here. 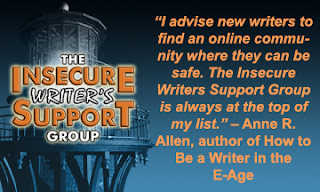 We are also on Twitter! Find us here.
We share tons of great tweets about writing, publishing, and marketing.
Our hashtag is #IWSG and on IWSG blog post day, tag your tweet with @TheIWSG and #IWSG. 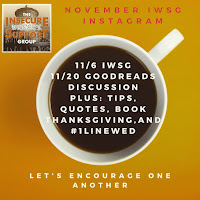 Remember, this group, this site, is all about you!
If you have a new book coming out, news to share, please reach out to us so that we might include it in our monthly newsletter.
You can reach us at admin AT insecurewriterssupportgroup.com.

So, what is your experience with audio books? What are some of the challenges?