Besides contributing to magazines, newsletters and anthologies, I write books, teach writing workshops and work as a developmental editor. My editing clients are both published and unpublished writers.  Mostly I strive to improve structure, tension and character arcs in their manuscripts. I suss out plot holes and fix subplots and help express themes. 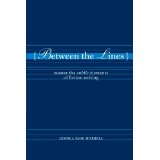 Using the Track Changes function I ask questions and make comments and observations in the margin; delete unnecessary words; fix spelling errors and typos; replace dull words with brighter ones; and perk up dialogue. As I work on the manuscript I craft a memo that elucidates my overall impressions of the story, commenting on what’s working, what is not working, and specific techniques that can bolster the story. Then I provide the big picture of what needs shoring up such as character development or tweaking the ending along with suggestions for specific pages and scenes.

One section of the 10-20 page memo is devoted to style issues. Lately I’ve included a list of each writer’s crutch words. These are the words and phrases that become lodged in our brains and appear too often in our stories. We all lean on words—I’ve got my share: perhaps, emotional, deeply, dazzle, simmer, and resonate— just to name a few.

Crutch words are also part of our culture and easily spotted online and heard on  television, especially on talk shows and reality shows: Awesome, amazing, journey, so, in fact, honestly, personally, seriously, whatever, basically, totally.  But here’s the deal: If I can train myself to search out crutch words in my own and my clients’ writing, you can too. Lazy, repetitive and clichéd writing diminishes your credibility, but more important, in this huge and crowded publishing world, there is no room for irksome habits.

Offenders
Here are some of the crutch words I notice most often: just, suddenly, very, quite, various, stride, strode, quiet, quietly, got, get, getting, could, a couple, spoke, have, brainstorm, lay, hopefully, slowly, quickly, really, seemed, appeared, smirk, grin, even, that, weird, okay, every, all, eyes, only.

Let’s take on a few of these offenders. Suddenly is typically used as a transition or forewarning: As the sounds grew closer, suddenly the hairs on her neck started prickling. Suddenly it all became clear. Suddenly is rarely necessary because an action that happens without warning doesn’t need an announcement. You want the reader to be surprised, to experience the action firsthand and so use a direct sentence as the reader leans in closer. As the moans grew louder the hairs on the back of her neck prickled. Instead of trumpeting a new development, allow the character to react appropriately or slip in more context as the scene unfolds.

Always slash very and quite and really. Really.  They’re intensifiers or qualifiers that weaken the meaning of the word they precede and should be axed and replaced with specific language or vivid examples.  Instead of very small, minuscule. Instead of very hungry, famished.  Instead of quite angry, enraged. Instead of really happy, ecstatic. Use these duds only in dialogue and your writing will immediately improve.
While in hunter mode, search out your wimpy modifiers and ax them. Notice how the meaning is not affected afterward.  Here’s a list  that you rarely need: hopefully, decidedly,  considerably, reportedly,  actively, mindfully, certainly, positively, both,  extremely, comparatively, in fact, per se,  herself, himself, inherently, truly, deeply, incredibly, definitely, fortunately, generally, in general, simply, particularly, absolutely, inevitably, actively, presently, alleged, careful, carefully, definite, relatively, namely, unfortunately, necessarily, overall, rather, relatively, so-called, somewhat, and totally.

Crutch words also come in the form of bland verbs—look, see, saw, hear, sit for example are used often, but they act like stage directions instead of describing action. For example is the person gazing, studying, staring, or gaping? Same with terms such as walk— be precise because three-year olds scamper and scoot; teens lope and saunter; old people mince and hobble. Pay attention to these limp-as-noodle types: get, took, take, put, got, run, ran, turned, leave, move, went, lie, lay, left, go, gone, have, had. Trade them in for more vibrant choices, but beware of using florid or bizarre verbs such as the car ping ponged to a stop. Or, the car hollered to a stop. Powerhouse verbs are important, but you can’t hire muscle for every sentence.

Solutions
I’m happy to report that there are solutions to using crutch words, all of them elucidating. 1. Create your own “search list.”  Pay attention to the redundancies pointed out by your critique group or beta readers.  Then open the manuscript file and perform searches to weasel out those rascals. 2. Reading your work out loud will help you hear crutch words as does using voice recognition software such as Dragon. This can also help with productivity since most of us think and talk faster than we type. 3. If you respond well to visual cues check out websites such as wordle.net and tagxedo.com. They’re two of a dozen or so word cloud generators. These sites allow you to paste in large amounts of text and then it spews out images of your text. The words are placed randomly in the image, highlighting your most important and frequently used words. 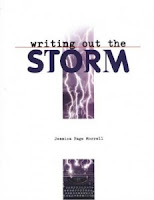 Becoming aware of your repeat offenders is only the first step. Next, make a list of synonyms you can substitute and keep this list handy. There are many synonym sites online or you could use The Synonym Finder by Roget.  The trick is choosing the precise substitutes since not all synonyms are created equal. For most of us conversational writing is the aim because it’s fluid and easy to follow. But informal never means redundant, so pay attention word by word.

Jessica Page Morrell understands both sides of the editorial desk–as an editor and author. She writes with depth, wit and clarity on topics related to writing and creativity along with other topics and is the author of Thanks, But This Isn’t For Us, A (Sort of) Compassionate Guide to Why Your Writing is Being Rejected; Bullies, Bastards & Bitches, How to Write the Bad Guys in Fiction; The Writer’s I Ching: Wisdom for the Creative Life; Voices from the Street;Between the Lines: Master The Subtle Elements Of Fiction Writing; and Writing Out the Storm. Her forthcoming books are No Ordinary Days: The Seasons, Cycles and Elements of the Writing Life and White Heat: Zero to Novel in 90 days. Her work also appears in anthologies and The Writer and Writer’s Digestmagazines. Morrell founded and coordinates three writing conferences Summer in Words, Making it in Changing Times, and Claim Your Story. She is a former food columnist and restaurant reviewer, has been creating columns about the writing life since 1998, and is a popular speaker at writers’ conferences throughout North America. Morrell lives in Portland, Oregon where she is surrounded by writers and watches the sky in all its moods and permutations.

Many thanks to Jessica for being here today. Her website has a multitude of resources. And to top off this informative day, reward yourself with a small gift. Every member of IWSG should have one of the original design tee-shirts created by Retro Jeremy Hawkins. You can own it yourself today.

Do you have crutch words? How do you deal with them? Has Jessica given you some ideas on improving your writing? Did you order your tee-shirt yet?
Posted by Susan Gourley/Kelley at 3:30 AM

Most educational Susan. Familiarity and convenience seem to be the culprit. Being made aware this way would pave the way for better writing. Thanks for sharing!

Thanks for being here, Jessica. I'm finding I have more crutch words than I thought I did.

Excellent tips! We all have those words we use over and over without thinking. I have learned to axe some of those by refusing to use a word with 'ly' in it.

I have a few crutch words. Just and seemed were two that I barely use ever now.

I have a long list of over used words on my blog. I have many of the ones you listed, but was delighted to add many I didn't. Once or twice a month I pick a word and list as many synonyms for it as I can.

I keep hoping it will be a useful tool for writers.

I use Dragon Naturally Speaking and it does help.

An offender here that needs to do better. Thanks for an invaluable post.

Great post. I use Autocrit and it has been an eye-opener because it shows me my overused words. I've used a lot of these!

It so great to have programs that can help you catch those crutch words. I wish I could learn to just avoid them.

I'm guilty of using most of the words you mentioned. Somehow I've gotten away from very and really. I haven't ever used suddenly often if ever.

You're so right about those 'wimpy modifiers'... and they tend to creep in undetected.
Strong Verbs, Strong Voice by Ann Everett is a handy resource which provides a variety of stronger choices for everyday verbs.
With the verbs, it's a balancing act. The 'limp-as-noodle' verbs have to go... but as you mentioned, powerhouse verbs should be used discriminately.
Great post.

I was going to say that was was always my favorite word. *wink* Truth: I counted 2065 WAS words in one of my manuscripts. The ly words really annoy me. I've been trying to use the sparkling verbs. They are more fun, aren't they? Love your tips. The list of colorless words is a great tool in itself. I use Angela and Becca's tools for writers to help me out. Thanks for this.

I have a list of words I search and destroy in each WIP. They contain my fluff words, weak words, and words I have a habit of over using.

Fantastic tips! While I love and use a couple of synonym apps I didn't realize how many of those pesky every day words I use!

This is my first visit to this ISWG and for this post alone I'm that I have. Thank you x

I've spent years trying to eliminate words like began and started. Another bad one is Very. I have to keep on top of these always. Great post. Thanks, Jessica!