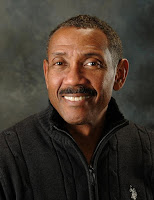 Have you ever wondered what’s involved in putting together a writing conference or book festival? Thinking of starting your own? Let author Austin Camacho tell you what’s really involved!


How far in advance is a conference planned?

The day after a conference ends we hold the first meeting to start planning the next one. There are a lot of moving parts and successful authors plan their calendars pretty far out. We need the details pinned down early if we're going to attract great talent.

Reader/Writer conferences very in prices. What’s the best way to assess the value versus cost, both as an attendee and an organizer?

For readers, the value of a conference is based on three things: will the writers I want to see be there? How much access will I have to those writers? And what is included? For example, at our Creatures, Crimes and Creativity Con all meals during the event are included in the registration price.

Writers should assess the value of a con based on three other criteria.
1. Networking – will I meet the movers and shakers in MY genre, am I looking for an agent, will I have access to major successes in the business?
2. Promotion- will I get exposure to new readers by being on panels, will I participate in book signings, will I be positioned to be associated with big name writers, will I get a story in an anthology, will I be listed on the con’s web site, in the program, on their Facebook page?
3. The Experience – Will I be talking to fans, being interviewed for radio or on camera, have a chance to pitch or buzz my book?

What are some of the key aspects to consider when planning a major conference? What are some things people might not think about?

Many of these are things we learned AFTER our first Con. Location is important, including access to airports and highways. The food really matters. You have to figure a set of panels and presentations that appeal to both avid readers AND authors. The venue personnel must be friendly and helpful. Venue personnel have to fully understand the schedule so chairs, tables, podiums etc are in the right place at the time. You have to market the Con all year. Con personnel have to be easy to spot so attendees know who to tell if there’s a problem. And you have to remember to treat your special guests like they’re special. The happier they are the better the Con will be.

What’s key to attracting big name authors/publishers/agents to a conference?

It’s best to meet them and know their work BEFORE asking them to attend. That most often happens at other Cons. It’s important to contact them several months before the event to get on their busy calendars. And it is vital to explain why attendance is good for THEM, not you.

What social media platforms work best for marketing a convention?

Facebook has been key for us, but Twitter is also important. We hold a Twitter contest every year. The attendee who uses our hashtag most in the month before the event wins a Kindle Fire and a gift basket of surprise goodies.

What can go wrong and how do you work around problems?

Our most challenging issue so far was a keynote speaker getting sick and being unable to attend. Luckily we had a list of people we wanted the following year and after contacting several we were able to get someone to fill in.

I know other Cons have crashed and burned because of unexpected bad weather. Not much you can do about that.

Tell us a little bit about Creatures, Crimes, and Creativity Con and what is your key role?

The Creatures, Crimes & Creativity (C3) Con is the Mid-Atlantic’s book lover event of the year. It’s held in Columbia MD, September 8-10 this year. We gather readers AND writers of mystery, suspense, thriller, horror, sci-fi, fantasy and paranormal fiction. This year we have Peter Blauner and Jonathan Maberry as keynote speakers. Our little community hangs out on Facebook And you can register at Creatures, Crimes, and Creativity.

As one of the organizers my primary responsibility is to recruit keynote speakers and local guests. I also see to their care and feeding thru the Con. Thank goodness we have a small but motivated committee to deal with the hundreds of other details (registration, on site bookstore, panels, dealing with the venue, menus, scheduling, etc.)

Austin S. Camacho is the author of six novels about Washington Dc-based private eye Hannibal Jones, five in the Stark and O’Brien international adventure-thriller series, and the detective novel, Beyond Blue. His short stories have been featured in several anthologies including Dying in a Winter Wonderland – an Independent Mystery Booksellers Association Top Ten Bestseller for 2008 - and he is featured in the Edgar nominated African American Mystery Writers: A Historical and Thematic Study by Frankie Y. Bailey.

Camacho is also editorial director for Intrigue Publishing, a Maryland small press, and works with their authors to improve their manuscripts. And Camacho is deeply involved with the writing community. He is a past president of the Maryland Writers Association, past Vice President of the Virginia Writers Club, and is an active member of Mystery Writers of America, International Thriller Writers and Sisters in Crime. Website / Facebook

Hi Diane - what a great guest Austin is ... his ideas make perfect sense - a lot of work, but a huge amount of knowledge must be collected in advance - Austin appears to have those links via his books, and his involvement with the Maryland small press - the two of you must have much in common. Another of those small steps we must all take as we move forward with our writing career ... but so interesting to read about ...cheers Hilary

I haven't seen any writers conferences put together but seen plenty other types, a lot of work involved indeed. But really pays off when they all come together. Great inside look indeed.

Organizing a conference like this must be so much work, but definitely worth it. That great how Austin used Facebook and Twitter to promote his conference. And yes, food is always important to people who attend events as well as good content in the program.

Wow - there's quite a lot of work that goes into this which I hadn't appreciated until I read this post. Thanks for sharing. Cheers - Ellen

That's a lot of work. I don't think the IWSG will be planning a conference anytime soon.

Thanks everyone to your kind comments! Putting a Con together IS a lot of work but SO rewarding. and if you have any questions, drop them here. I'll be looking in to offer answers... if I can. LOL!

I've been part of the Pennwriters board for a few years and planning a conference is difficult. We had Jonathan Maberry last year and he is a terrific speaker and very giving to attendees. I love conferences.

A bit off topic, but I was co-coordinator of a huge event some years back at my workplace. It took an entire year of planning. It's back breaking and you need lots of folks responsible for various tasks to pull these off successfully. Appears this gentleman has all the secrets.

Planning a con seems pretty intensive. I've been a part of planning a two-day paddling event and we were working with notes from previous events. It took a team of 8 leaders (with one as the head of our group) and about 30 volunteers total to put together a two-day event. I can imagine that, other than safety concerns with paddling/water events, planning a conference has many of the same challenges.

I think if we wanted to do something for IWSG, it might be kind of fun to have regional meetings - and maybe have a regional "meeting" day all over the world - kind of like a write-in for NaNoWriMo at the simplest level or a mini conference at a larger level. If it was more of a free, write-in event, then libraries could be a great place to meet. My local library doesn't allow paid events, but they do allow most free, community groups to use their large meeting room - booked far in advance, of course.

A wonderful guest in Austin, Thanks Diana for this truly great post, There's more to writing that meets. the eye.

I'm sure there's loads of planning for a writing conferences and tons of ideas. What writers are famous for. Great guest, Alex. Six novels under his belt! I'll have to check out his adventure-thriller series.

I'm thankful you and others are willing to do the work one year in advance. Writers benefit from these conferences, but as you say, we need to consider networking and more, as to how beneficial it might be personally.

Huh. I'd literally never considered that there were writing conventions...

This is such a great post about organising writer's conferences and all the hard work that goes into it. Thanks for sharing!