Where to Begin Worldbuilding

A question I hear from a lot of writers is how to start Worldbuilding. Worldbuilding is much like character development, in that your world, or universe, is a character in your story. It involves knowing everything about your world, which is far more than what the will readers see.

So, where do you start?


You could create a map of your world, and start imagining what it's like to live in various places (and if you can't draw, check out my tutorial.) Or, you can start developing your characters and asking yourself (or them!) what they do in their world. You could even write a few scenes describing the world and develop it from there.

There are many methods to start building your world, but one of the most important things about Worldbuilding, is Economy.

Most people, when they hear the word Economy, think money: the buying and selling of resources. But Economy is much more than monetary transactions, and in understanding that, we can then learn how to apply that to Worldbuilding.

Put simply, Economy teaches us that everything has a cost, but that cost is not always money. Let me demonstrate that for you.

I want you to give me cookies. Imagine all the ways you can supply me with cookies (provided we are in the same location, and you have the means to do it). The two main ways you could get me cookies is to either buy a package of them or make them. The question then becomes: how much does it cost for either option?

As an example, let’s say a package of cookies costs $5, and buying all the ingredients to make cookies, let's say $15 (I’m sure it’s more than that). But as we established, there are more costs than just monetary ones. For instance, we have to go to the store. We have to take a car to get there. A car uses gas, which adds to our cost. We can represent that in dollar amounts. But it is not just going to the store, it's also coming back. So we can estimate a gallon of gas (really far store) for whatever your local price is.

Then there is time. If you weren't buying me cookies, you could be doing something else worthwhile (or not). Time to drive to the store, time to find the cookies, time to buy them, time to drive back home. In the case of making cookies, that too is a factor of time. Furthermore, we have to use the oven, which requires energy.

As we can see, to get me cookies is not just a cost of your hard earn money, but one of time and energy.

Now that we have expanded our understanding of cost, let us discuss how this affects Worldbuilding.

Imagine a king in a medieval castle, and he is served chicken. Could be from a farm, or a wild chicken from the nearby forest. Before he eats, he picks up some salt to put on his chicken. Where did that salt come from? How is the king able to use salt with his meal?


Kind of weird to think about: it's salt. You have salt in your cupboard; you bought it from the store. Salt is commonplace now, yet it wasn’t commonplace 1,000 years ago. While many societies had salt, it was primarily used for cooking and/or preserving something, not something to add to a meal after it was cooked. In fact, it really wasn't used as a condiment during this time, as it was very expensive. However, for this example, let's say that it is a condiment.

What ways could the castle servants have obtained salt? Perhaps the salt is mined for. Look at that, suddenly our kingdom has a salt mine. Or, maybe they live near the coast, and use the ocean to get salt, which involves workers and processing. Suddenly you know more of the geography and some of the land’s inhabitants. Perhaps it is neither of those things, and they buy it from a merchant. Where did the merchant get it from? A neighboring country? Look at that, you've expanded the world.

Salt has to come from somewhere. Knowing where it originates helps you better understand your world. Now, this may just be a background detail that doesn't make it into your story. You don't need to write: “The king picks up salt, which was purchased from a merchant who got the salt from a neighboring country that they have an established trade with.”

Let's give another example. Your soldiers go into battle with their swords. Where did the swords come from? Blacksmiths made them. What metals did the blacksmiths use? Maybe this story with soldiers in a battle takes place during the ancient age, and they use bronze swords. Bronze is a combination of copper and tin. Was this society fortunate enough to have both copper and tin mines? Or did they have one metal, and trade for the other? Have neither and traded for both? 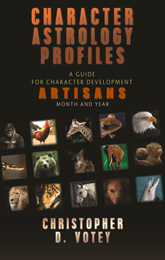 Everything comes from somewhere. Things don't exist in a vacuum. A common mistake I see from writers is having various things in their story, with no explanation of how those items got there. Such as a race of beings that live at the bottom of the ocean, and have never visited the surface, but they have apple trees in their garden. There are no apples on the bottom of the ocean, and we’ve established they've never been to the surface... so where did the apple trees come from? Perhaps they traded for the seeds from another race? Or perhaps it’s something that should be removed from the story.

Economy is the place you start when you build your world. You know what your characters will do. They’ll fight in a sword duel, or fly across the universe in a space ship. They will need to eat, and drink, and sleep. So the question becomes, not only how they do this, but how do they come to being able to do these things. When we can understand that, it reveals more about your world and makes your story more complete.

It is imperative to remember that things have a cost. If you want something to appear in your story, you need to understand where it came from and how it came into being. You need to take me to your world, and immerse me in it. I want to feel like I’m there. The more a writer knows about their fictional world, the more a reader can feel connected to the story.

Find Christopher D. Votey at his website and on Twitter.
Character Astrology Profiles releases July 23 and you can pre-order it on Amazon.

Great examples indeed. As it is good for us to know, but the reader doesn't always have to know where the salt came from, or the like.

That is really in depth. You gave us a great place to begin, Christopher.

Worldbuilding requires thinking about a lot of things. Currently I'm creating a language for some space aliens--- mainly to create a set of character names and place names. And perhaps an alien word or two for unique cultural concepts.

Fantastic way to start in world building. The little things matter as much as the big ones. Awesome post, Christopher!

Great post! Using economy as a starting point for worldbilding is a great idea. Love the cookie example :-)

The details are what make the story interesting and believable. I enjoyed your examples; they're great to note.

I tried to get to the tutorial or to Christopher D. Votey's website, and both times it wouldn't allow me. It said I don't have a permission to access the server. Is there a way to get me past that hurdle?

I don't see why it is not working for you Olga. I double checked it and it works for me. You can past this into your browser (http://writing.chrisvotey.com/worldbuilding/) or click on Worldbuilding up top in the menu.

Chris, thanks for replying so quickly. This is fascinating. When I pasted the link into my browser, the site opened, no problem. But when I click on the link inside the article I'm still denied access. I don't know why. The address seems identical. Anyway, it'll take me some time to go through your tutorial. Thank you.

Awesome blog! I love it!

I gave your blog a follow, and I would truly appreciate it if you could check out my book reviews blog located at https://elsbookreviews.blogspot.ca/ and possibly give it a follow as well! Looking forward to reading more of your reviews!

The have nots versus the haves is always a good source of conflict. Love your examples about the cookies.

A good example of how to build words and of such interest to read.

Thanks for the post!
I'm always amazed at fantasy/sci-fi writers who create these unique and fascinating worlds from scratch.

When I think of world-building, I think of the big picture items that get mentioned. This was such a great example of something so simple—salt—that could potentially have an impact in the story for location or commerce.

Hi Alex - what an interesting post from Chris Votey - and fascinating ideas - many I hadn't considered ... sometimes I'm glad I don't write novels! Great to know about Chris though .. thanks for highlighting him ... cheers to you both - Hilary

Very interesting post, Christopher! You're the first one I've heard to recommend worldbuilding from the point of view of the economy. It immediately brought to mind one of my favorite sci-fi series "Red Mars" and "Blue Mars" and "Green Mars" by Kim Stanley Robinson. There was so much going on in those books, but definitely one underpinning was what type of economy best benefits humankind. Absolutely fascinating. I haven't engaged in much worldbuilding, but I do know that all good writing can't have things existing in a vacuum. The world has to work as an integrated whole. Thanks for giving me another aspect of writing to seriously consider!

Oh world building. Yes, economy is a fantastic element to start with. Personally, I like to think 'What is the daily life of this person' and then balloon out from there to how all the different elements exist on a macro level. Side effect of DnD writing.