What I Learned About Writing From Bad Movies

Admit it – you’ve sat through your fair share of really bad movies. You’ve moaned and groaned and wondered why on earth you were sitting through such meaningless drivel.

But all is not lost! Those awful films were a gold mine of research. Why? Because they can teach us valuable writing lessons.

Here’s a list of truly horrible movies (made less horrible by the fact I watched them via RiffTrax because I can only take so much torture) and the valuable lesson I learned from each one.

Grizzly – A grizzly terrorizes and kills campers but they don’t want to close the park. Basically, it’s Jaws on land. Lesson – make your plot original. 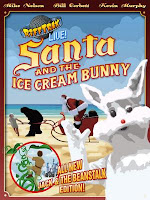 Roller Gator – A miniature talking gator entices a roller skating girl to hide him from bad guys. Endless insults from gator, pointless scenes and chatter, and lots of meandering. Lesson – don’t make up for a lack of plot with empty padding. 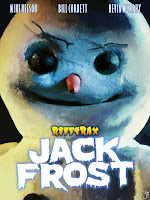 ROTOR – Futuristic robot cop goes on killing spree in science fiction thriller. In reality, very boring and the only thing more cardboard than the acting are the sets. Lesson – don’t dress up a story as one genre and then deliver something completely different.

The Little Unicorn – A girl and her unicorn avoid detection in this star-filled film. However, most of the stars are wasted and look really bored. Lesson – give your characters something interesting to do. 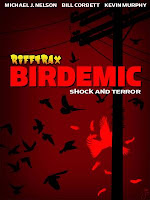 Birdemic – Vanity project about killer birds with one dimensional acting and no dimensional special effects. Possibly one of the worst films in the world. Lesson – just because you think it’s brilliant doesn’t mean it is–get a second (or third or fourth) opinion.

Zindy the Swamp Boy – Drama about boy living in swamp with grandfather and eventually on his own. He dies at the end. Lesson – if your story is aimed at children, make sure it won’t scar them for life. 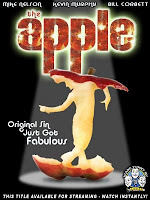 The Apple – A musical about a couple entering the music industry who find weirdness, drugs, and aliens. Featuring fourteen songs in ninety minutes, it’s a failed Rocky Horror Picture Show copycat. Lesson – fancy and colorful words won’t make up for a story that makes no sense and goes nowhere.

Cool as Ice – Featuring flash in the pan rap star Vanilla Ice. 1991 never looked so bad. Lesson – don’t use elements, terms, or slang that will date your work in less than five years. 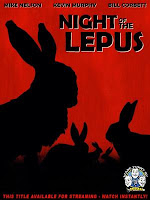 Night of the Lepus – Giant, blood-thirsty killer bunnies. (Not making this up!) Lesson – threats in your story must be believable.

The Last Shark – Giant shark terrorizes coastal town. At one point, he jumps out of the water and takes down a helicopter. Lesson – make sure your thrills and scares work and don’t cause readers to roll their eyes or laugh. 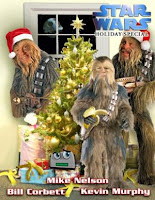 The Star Wars Holiday Special – Chewbacca’s family waits for him to come home to celebrate Life Day. Poorly acted, heavily padded, and featuring ninety minutes of mostly Wookie cries. Lesson – never rush a story (or sequel) and toss it out there just to please others.


There you have it! Next time a terrible movie crosses your screen, sit back and learn from it. If you can stomach the awfulness and can’t find it on RiffTrax, of course.

What lessons have you learned from bad movies?

Glad you watched these movies for us and gleaned the lessons from them for us too. I'm not good at watching or reading things that I don't like. Have a good week off!

I'm so glad that I haven't seen any of these movies, ha! Although it sounds as though they weren't a total waste, since you were able to get some great writing lessons from them. :)

How will you ever get this time back????
I had no idea these existed! I'm kinda glad I didn't.
I remember movie night in high school and it was my friend's turn to choose the film. She picked Basket Case. It is possibly the WORST film on the planet. Later The X-Files did their own version in an episode called Humbug. :)
Great post, Alex!
Heather

Is it bad I've watched about half of those and not with RiffTrax? *LOL* I'm adding Roller Gator to my to be watch list! How I missed that, I don't know. Maybe an origin story for Killer Croc? Hehehe.

Alex, thanks for sacrificing your time to help us. :)

lesson 1 learned from Serendipity (and some Hallmark movies) - a mediocre story is not made better by the writer trying too hard to make it likeable, or giving it perfect dialogue.

lesson 2 learned from Hallmark movies - if your fans watch your movies because they like your formula (a couple meets or reunites, has problems, resolves problems, gets hindered by a misunderstanding, overcomes the misunderstanding and finally gets their happily ever after), don't start changing your plots so it takes 2 or 3 movies for the possible happily ever after. (Hallmark, are you listening? i watch your movies because they're fantasy. i don't want reality.)

lesson 3 learned from Hallmark movies - don't write so many stores that you run out of good ideas and start repeating the same plots with different characters. too much of a good thing is boring.

Natalie, some were really challenging.

Michelle, I think you need to send the Hallmark Channel a long letter! Hey, I'm with you - I don't want reality. I already live that.

Hi Alex - one wonders how they ever made it out into the big bad world! However I've seen a few ... but am glad I haven't seen some of these! Cheers and have a good week - Hilary

I think I saw Night of the Lapis, or at least the last fifteen minutes of it. What was the unbelievable part? ;)

Hahaha! I love this one, Alex! I agree we can learn loads from bad movies. What a fun post!

What a guy! You watched all that drivel so we don't have to. :) Just goes to show you, though. You can even learn something worthwhile from drivel. Fun post, ninja dude!

What a hysterical post. I am so thankful I never watched any of those movies! Thanks for watching them for us and sparing us the agony of wondering when the torment will end :-)

There was one blood-thirsty killer bunny that I adored, but I have a dark side and can't get enough of Monte Python's comedy noir.

Have not seen any of those although I am surprised I had not seen the Star Wars one as I have seen and read most everything Star Wars, lol.

Alex, the only one that sounds familiar is Grizzly. I guess it is safe to say there were some very bad scripts.

Thankfully I've avoided them all. Blah is all I can say by the sounds of all of them. I've seen bits of the Star Wars special on Youtube, cringe worthy. They sure teach us what not to do in many a way. Also yeah, good not to scar kids if it is aimed toward them haha

I not only haven't seen them, most of them I haven't heard of but all the lessons are good ones. I like when I can smile and learn something at the same time.

I have learned that turning a B-movie into a musical starring Rick Moranis is a really, really great decision. #LittleShopofHorrors

Thank you for putting in the time and bidding farewell to the brain cells necessary for this post!

It is said Alex that out of bad comes good and you have proved it time again with your excellent books.

Lauren, that film was awful!

Happy to suffer so you guys don't!

It's kind of amazing that such awful movies exist. Sometimes I find myself wondering how many people actually had to say these awful stories sounded okay before the films were made, and I shudder at the thought. At least RiffTrax helps make them watchable.

Excellent tips, Alex. You've watched some meaningless movies, that's for sure. But gained knowledge. I actually wrote a VN war story for a similar reason. After watching a movie that was so unbelievable, I thought to myself: I could do better. Hopefully that's true. Thanks for the head's up.

I've seen part of, at least, 3 movies on this list. You have amazing determination for making it through all of them. Thanks for your time and research.

I can totally relate to gaining writing lessons from watching movies both good and bad. Great tips.

LG that is the scary thing. Someone green lit these dumpster fires.

Joylene, good for you.

Ha! Now that you bring it up, it's always bothered me that Harry Potter and the gang get caught by Death Eaters at the end of Deathly Hallows. Why on earth didn't they just disapparate out of there? LOL.

I think I watched part of that Star Wars holiday special a long, long time ago ... not good.

LOL! It totally made my night to see the Star Wars Holiday Special listed here :D I couldn't finish it. It's worse than the prequels...