4 Things Every Novel Should Strive For by @Janice_Hardy

Writing a novel is a huge undertaking. You have to come up with an idea, create characters, develop a setting or even a world, and then you have to find the right turning points for your plot, mix in a theme, avoid adverbs and told prose. With so many moving parts it can be overwhelming, and easy to get wrapped up in the details and miss the bigger picture. 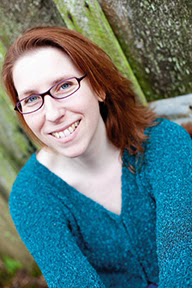 How we choose to do that is up to us, and the details that goes into our novels vary widely. Ten writers can use the same idea and create ten different books, because what they consider “interesting” changes from writer to writer. As liberating as this is, it’s also a little scary. It doesn’t give us any guidelines to work with when we start a new novel.

No matter what genre you write, here are four things you can strive for that will help you craft a novel readers want to read.

1. Have an original premise done well.

If you’re a skilled writer, you can take someone else’s idea and do a solid job of writing it (I’m not saying do this, just saying that skill level is only a small part of what makes a good novel). An original premise is much harder to develop, and can be a challenge when folks like me keep saying, “You need a fresh idea” to sell your novel. But to give your novel the best chance of being seen by readers, you want to offer them something them haven’t see hundreds of times before.

However…originality doesn’t necessarily mean coming up with an idea no one has ever seen before. Fresh doesn’t mean unique. Love triangles have been written countless times, but the right love triangle with the right trio of characters still makes readers eager to read the story.

I know this sounds contradictory, and it’s one of those things that frustrates a lot of writers. The old, “Give me something different, but the same” spiel. Just remember, original means your take on an idea. Maybe your love triangle is about three friends, not lovers, which puts a whole new spin on the premise.

Notice I said “intrigues,” not like. While most protagonists are likable, and readers want to know their story and enjoy spending time with them, there are also protagonists who no one would want to hang out with, but are fascinating to watch (Dexter, anyone?).

A compelling protagonist is special in some way that enhances the story, such as great analytic skills (Sherlock Holmes), a unique viewpoint about a tough situation (Hazel Grace, The Fault in Our Stars), or a can-do attitude (Ramona Quimby). As with Dexter, it can even something as horrifying as being a serial killer or descending into madness. Whatever it is, they have a trait that readers want to see “in action” and look forward to reading about how that trait will help (and hinder) the character throughout the story.

Few readers will read a story about a character they have zero interest in. As long as the protagonist is doing something intriguing or behaving in a way that makes readers want to see more, they’re doing their job as protagonists.

Even the most interesting person can get tiresome if all they do is stand there and chatter on, so a solid plot is a must. But plots with one clear solution tend to bore readers, because there’s nothing for them to wonder about or anticipate. The end of the book is a given, and the path the protagonist is going to take to solve the conflict is clear. 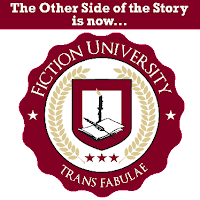 Everyone knows the two lovebirds in a romance will fall in love, but it’s how they do it that keep readers interested. What struggles will they have to overcome? How will they win the other’s heart? What wounds will be healed along the way?

A plot might be twisty turny, or it might be a straight line, but that doesn’t mean it can’t be unpredictable. Don’t take the easy path and just write what happens—dig deeper and do the unexpected.

4. Provide an emotionally and/or intellectually satisfying resolution to the novel’s conflict.

For many readers, a novel is only as good as its ending. How the story wraps up is everything, and if it doesn’t follow through on its story promises, or the solution drops in out of the blue, readers will be unhappy.

But luckily, different readers look for different endings. The romance readers want the Happily Ever After, and the emotional payoff of love. The mystery reader enjoys the intellectual thrill of solving the puzzle. Some stories offer a puzzle to be solved and a character arc to be completed, and touches on both the emotional and the intellectual.

However you get there, fulfilling the story promise you made at the start of the book (or in the blurb) will satisfy readers. The greater the satisfaction, the more they are to read your next book, or suggest the current book to friends.

Obviously, more goes into writing a strong novel than these four elements, but spending time to make sure these four things are covered will help you avoid a lot of common writing issues, such as, stories readers have seen before, characters who don’t connect with readers, predictable stories that go nowhere, and endings that fall flat and leave readers cold.

What do you strive for when you write a novel? What aspects do you want to see in the novels you read?

If you’d like more on plotting, I recommend my book, Plotting Your Novel: Ideas and Structure, with over 100 brainstorming exercises and plotting tips designed to help writers develop their novels.

Janice Hardy is an award-winning author and founder of the popular writing site Fiction University, and has written multiple books on writing, including Understanding Show, Don't Tell (And Really Getting It), Plotting Your Novel: Ideas and Structure, and the Revising Your Novel: First Draft to Finished Draft series. When she's not writing about writing, she writes science fiction and fantasy. Her teen fantasy trilogy, The Healing Wars, includes The Shifter, Blue Fire, and Darkfall from Balzer+Bray/Harper Collins. She writes the Grace Harper urban fantasy series for adults under the name, J.T. Hardy.
Posted by Alex J. Cavanaugh at 5:00 AM

Hi Alex and Janice - well done reminding us all of the basics so that our voice rings true as people read our stories. Useful links too - thanks to you both - cheers Hilary

Very good tips for those who writes novels. Great to read and digest.

Thanks for your insights, Janice!

Hilary, thanks! One thing I like about writing about writing, is that it constantly reminds me of the basics and what I ought to be doing :)

Alex, and thank you for having me here today. :)

Such great advice as usual, Janice. You always explain how we can improve so clearly. I really liked the one about making the plot intriguing. It's never fun to read a story you figured out.

I wish more writers spent time on compelling characters. I read a lot of submissions featuring characters with less personality than Flat Stanley.

Yeah, never a fan when the book never resolves anything at the end. Everything can be a rip off of something when you look hard enough, but still have to make it our own.

Natalie, thanks! No, but if the plot isn't intriguing, we can at least make the characters amazing so readers just want to hang out with them :)

L. Diane, I can see that. I'd guess a lot are plot-focused, where all the attention goes to one side but none to the other.

Pat, exactly. I like a good story that offers a resolution of some type, even if it spans multiple books.

Good tips for plotting a novel. I'll have to check out the book you've recommended. Thanks!

Those are exactly the four things I strive for. And every book I worry my characters aren't interesting enough.

Wonderful post full of great simple tips for plotting. I love reading your blog too.

Susan, I think that's normal :) We're our own hardest critics. That's why our beta readers are so important.

Juneta, thanks so much!

Great advice. It's good to hear that fresh can be a sort of repurposed story line. Isn't there a theory that Shakespeare pretty much did every trope and now we just make spin offs of his work? It take a lot of the pressure off not to have to reinvent the wheel.

Elizabeth, that sounds right. There are different camps, but some say there are only two types of stories, other seven, some say twelve. But pretty much everything boils down to a very few archetypes.

Great post, Janice! I love the "different but the same" idea. It's kind of like making a new flavor of cake that's unique, but it's still cake.

I love a character who makes me angry with him. I'm sure that sounds crazy, but my favorite characters are not always the good guys. They're the characters who frustrate me because they're always one step ahead of the game, or they're people doing bad things for good reasons (I always think of Tim Dorsey's books, and the MC, Serge, a lovable killer).

Fantastic tips! I agree that a character doesn't have to be likable to be intriguing. A fascinating character will grab me even if I know where the story is going.

All true. I can't stress enough how crucial it is that the characters (not only the MC) be interesting. This is important even in picture books, and essential for novels.

Thanks for an excellent post, Janice! I just finished a book by a best selling author. The solution dropped out of the blue. The people in our book club were not happy about that!

Lynda, thanks! What a great example. Totally like that. And now I want cake (grin). A little crazy, but I get it. I'm a huge fan of villains as well, and Serge is on that list.

Mirka, characters can make a break a great idea.

Fundy, I bet! I read one of those recently--I was so upset it ruined the whole seven-book series for me.

Great tips, Janice. I like the way you brought novel plotting back to the "interesting people solving problems in interesting ways."

Valuable advice as always. Shakespeare was building on what Greek playwrights wrote in some cases. Great writers take tropes and transform them.

Tyrean, thanks! I had a creative writing teacher tell me that in high school and it always stuck with me. I won't say how long ago that was, though (grin).

This is so helpful. I wrestle with this in my historical novels, where many readers will already know essentially what happens in the story. I'm focusing on the motivations that drive the plot and on fleshing out the characters of historical figures.

I enjoyed your post about such very basic yet fundamental concepts. Thanks for posting:)

Luccia, thank so much!