Building a Writing Community and Magazine 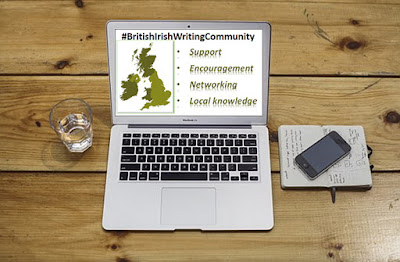 Writing can be a lonely business. Even with the support of friends and family, it can be a struggle dealing with the frustrations of receiving dozens of rejection emails. Who else but another writer can understand writers block or that tricky scene that just doesn’t want to work itself out? I’m sure a lot of us have been there; that horrible moment when we want to just give up but force ourselves to carry on despite the odds. It’s moments like this when leaning on fellow writers can make all the difference.

Nearly every blog post about starting off on your writing journey agrees on one thing: writers need other writers to learn from, connect with and share experiences. Writing groups can be found in virtually every major city, but with the power of the internet, we can now connect with entire virtual communities from the comfort of our own homes. Those same blog posts all point out the Twitter Writing Community as one of the best places to engage and connect with other writers of all stages and levels. It was here, just over a year ago that the British and Irish Writing Community first came together.

When I started my own writing journey in 2017, I read those same blog posts and researched various writing groups in my home city of Dublin, Ireland. Unfortunately, any groups I found either met during my working hours or when I was looking after my two young children. I reached out to several authors for advice via email but received only one lukewarm response. I turned to Twitter but quickly ran into a major stumbling block – I’m terrible at social media. 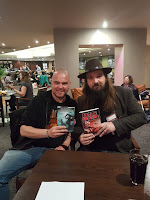 In real life, I class myself as an easy going, friendly person who’s comfortable in most social situations. I can get up in front of crowds and talk for hours or I can work a room full of strangers and have them cracking jokes together within minutes. But online, I struggled. I tried to engage, I bought other writer’s books and reviewed them. I supported, liked and retweeted, but still couldn’t seem to connect in any meaningful way with any other writers.

Then, one day, a single tweet changed everything. A UK based author named Phil Parker tweeted about the lack of networking or support groups specifically for Irish and British speculative fiction writers. After Googling what ‘speculative’ meant (I’d genuinely never heard of that term in my life) and finding out that my debut novel Big Red fitted that category, I reached out to him.

In a series of email exchanges that lasted a few days, we chatted about all things writing related. The more we bounced different thoughts around, the more an idea seemed to take shape. We couldn’t find any group that focused on Irish and British speculative fiction, so why didn’t we just make one? We teamed up with British author Lee Conley and with that, the British and Irish Writing Community was born. 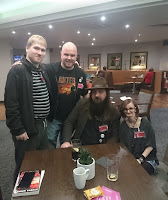 Each of us had our own reasons for wanting to build such a community, so we agreed on a few principles. This new group would be open to all residents and/or citizens of Ireland and the UK (although, we have snuck writers and bloggers from other countries in from time to time…) We agreed to focus only on writing and writing-related matters while supporting writers of all backgrounds, experience levels and stages. Last of all, we wanted to promote the fantastic works of speculative fiction from the talented authors spread across our two beautiful islands.

It’s been a lot of work for each of us, especially with our own family, work and writing commitments. The dividends have certainly paid off though. Last year, I had the pleasure of representing the British and Irish Writing Community at TitanCon in Belfast and Octocon in Dublin. We also had our first ever meet up at BristolCon in Bristol, UK. At a talk hosted by myself and Lee Conley, we met fellow members in person and outlined our long term plans for our ever expanding group. 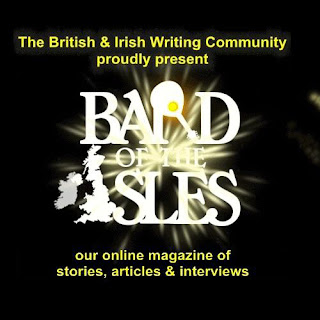 The spirit of collaboration between so many different writers has also led to the launch of our very own speculative fiction e-magazine ‘Bard of the Isles’. Containing short stories, interviews and guest articles from emerging and established writers, we’ve managed to shine a light on what we’re capable of achieving by working together. Issue 3 is due out later this month and we’ve big plans to continue expanding on content while building our brand.

Writing can be a lonely business, but we don’t have to go it alone. I’ve certainly experienced moments of frustration at the thoughts of putting pen to paper (or fingertips to keyboard). It can be exhausting working on a project in between raising a family or working a day-job, but community is key. I’ve had plenty of ups and downs since the launch of Big Red last year, but no matter what, the support of my fellow writers has helped me through even the worst moments. I’ve had the pleasure of making some lifelong friends, visited different cities and enjoyed beta-reading some fantastic up-and-coming works.

We’re all in this together, so let’s keep supporting and building each other up. I certainly can’t wait to see what the future holds for the British and Irish Writing Community!

Damien Larkin is an Irish science fiction author and co-founder of the British and Irish Writing Community. His debut novel Big Red was published by Dancing Lemur Press and went on to be longlisted for the BSFA award for Best Novel. He currently lives in Dublin, Ireland and is working on his next novel Blood Red Sand. Website / Twitter/ Facebook

Thanks for hosting this. I really enjoyed putting this piece together. It's been a great year for the BIWC, so it was fun reminiscing!

Thanks for sharing your group's journey and experience with us.

It was a pleasure, Diane!A massive thank you to everyone here at the IWSG for letting us share our story!

I'm glad to see you found a writing network. I used to feel the same way. I lived in a small town in a rural area. The only writer groups were over an hour drive from my house. I was hesitant to start a blog (what would I talk about?) but once I took the leap, I was amazed at the world I'd found. It only took me about a month to hear about this writing group- the IWSG- it was a game changer. The support I found on the blogosphere still amazes me. Other social medias seem to be kind of drive-by support. Here today, gone tomorrow.

Glad you found your niche and just started your own group. After my experience with the IWSG, I'll warn you - keep at it and it will grow beyond your wildest expectations.
Congratulations, Damien!

@ Elizabeth Agreed on that! There can definitely be a strange vibe on social media, but I'm glad I've found my tribe.

@ Alex Thank you!It's been an amazing 14 months - I still find it hard to believe what a group of (mostly) strangers are capable of by working together. Looking forward to seeing how far we can grow this!

I think it's just awesome that you founded a new community of great writers! Way to Go, Damien!

Great way to go about it. It's not there, so make it yourself. Community sure is great to have for a writer indeed. And yeah, I never found much community of anything of Twitter.

@ Tyrean Thank you! I've made so great friends over the last year and had the pleasure of reading so many fantastic books by Irish and British writers, it's been a mind blowing experience!

@ Pat Agreed! I just couldn't connect with more established writers, so I'm thankful that I found so many people in the same boat as me. Community is definitely key for improving and learning, so I'm really grateful!

Awesome that you created a community of writers. That's what I love about this group.

Very cool story. Sharing with a community does make the journey so much more worth it.

It's not only writing for me that is lonely but life itself.
I started to write a book of poems to "Celebrate" my late son's life but find it totally upsetting.

I enjoyed your post Diane have a good day.

Hi Diane - thanks for letting Damien share his story re his British and Irish Writing Community - congratulations to Damien and his friends setting that group up - and opening the doors to other writers. Diane it sounds like Damien was a clever author to pick up and publish - I hope we'll hear more from him anon - cheers Hilary

@ Natalie Thank you! Yes, the IWSG is a fantastic group. I've learned so much about writing from the posts here.

@ Juneta Definitely agree. I currently about half way through my current WIP and the support I've gotten off fellow BIWC really keeps me motivated.

@ Yvonne I'm sorry to hear about your son. I hope you manage to finish your book of poems. My good friend and fellow BIWC member Helen is a poet, I'll recommend she checks your work out when it's out.

@ Hilary Thank you so much! Diane is everything a writer could ask for in a publisher. You'll definitely hear more from me in the near future!

What a feel-good post. I think it's awesome what you're doing, Damien. I started my career back before the internet existed, and life as a writer was terribly lonely. I was actually a novelty in my town.

@ Joylene Thank you for your kind words! That must've been hard alright. It's great to know that groups like the IWSG can connect more writers and give us all a chance to network and get to know each other better!

Awesome Post. I really appreciate your work efforts that you have shared this kind of informative stuff for us. I have never saw this kind of post that really helpful to all beginners and professionals to up-skill their writing skills. Thanks for posting & Inspiring. Keep up the great job!

@ Lyall Thank you! I'm glad you took some value from this post. Always happy to help!

Thank you so much for the article! As a fiction writer, I’ve always enjoyed writing in my spare time, but I want to start sharing my work with other groups and receiving comments and criticism from other writers. Thanks to personal experience and classes dedicated to the subject, I know how to manage social media interactions, but I’m more anxious about posting my work online. Luckily, the community of IWSG seems both welcoming and engaging; a good place to start reaching out and making posts. This is the first time I’ve truly interacted with a blog, so I’m prepared for the nerves, but if I don’t make a move now, I probably never will.