Something Else for Authors to Deal With--Harassment

I admit that when Book Angel contacted me with news about their survey on author harassment, I was skeptical. I blame that on my not being informed, or maybe naive. Surely readers wouldn't try to intimidate someone who wielded a pen, but evidently, I was wrong. This article has some interesting information and a survey that you can take part in if you wish. 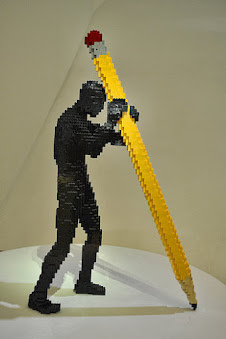 Harassment of authors is nothing new. When Val McDermid had ink thrown in her face at a book signing, it seemed like the price of fame. Stephen King's stalker famously inspired Misery, but his profile was so high it was easy to think that it was a celebrity stalker rather than a writer's fan.

In past years, authors being harassed by fans seemed to be something that only the truly rich or well-known had to be concerned about. Publishers and agents protected many writers’ pen names. The rise of indie publishing and the growth of social media has put authors more in touch with their fans and, it seems, possibly more in the firing line.

I mentioned the issue of harassment to a writer of my acquaintance over Christmas, and to my surprise, she mentioned she had experienced this. We talked, and she went back to her writing group of mainly amateurs and hobbyists and asked. Every one of them had experienced harassment and problem fans. Every one of them had thought they were the only one.

That hit home rather hard because twenty-five years ago, I thought I was the only one.

The genie was out of the bottle. They spoke to more people and certain horrific anecdotes came out: getting out of a moving car to escape an obsessive fan, threatening with outing a romance author to religious police and authorities in a country where that would mean death.

These were not high-profile authors affected. Some had indie books on various sites, some wrote for free and fun, others wrote short stories under various pennames. What they all had in common was the belief that they were the only ones, that there was a perception this only happened to the rich and famous, or that they had simply been unlucky.

The question that kept coming up in discussion was the more disturbing one of just how common this behaviour is.

This problem has been investigated before from other angles. A survey by the Bookseller in 2017 found 54% of women and 38% of men working in publishing had experienced harassment, much of that from other industry professionals. The same year Pen America surveyed 230 writers and journalists, who had been harassed, about their experiences. Neither of these surveys focused on how widespread this problem is or included indie and hobbyist writers.

While this is an ongoing problem, lockdown seems to have increased the likelihood of this happening. The Society of Authors even has specific guidelines for how to handle an attack when it happens. The fact it is when and not if is disturbing.

The plural of anecdote is not data, but gathering enough can give a basis for a trend. As part of Book Angels with several thousand authors as members, this seemed a good place to start.

We have started an informal anonymous survey to cover the basics of author safety, what threats occur and what authors have encountered, as well as to try to detect whether this is more common in some genres or regions than others. If you haven't experienced problems, your views are still welcome as we are trying to detect trends.

The results will be shared on our website as percentages, with any identifiable details removed, and shared with author associations with the hope that they will be useful in encouraging a more formal investigation of the issue.

If you would like to take part, here is the link:

For any authors who need help, the Society of Authors guidelines are here:

For those in the US, PenAmerica has a similar support site: https://onlineharassmentfieldmanual.pen.org/

For those in the US, PenAmerica has a similar support site: https://onlineharassmentfieldmanual.pen.org/

I had a stalker in college. She was a lonely young woman who decided I was meant to be her bestie. It was a sad situation. The university got her some counseling and it stopped. But it was the weirdest feeling to know a stranger was following you and keeping notes.

Wow, now I feel truly blessed I've not been harassed. At least not that I know of.

I had a weird experience with someone who threatened me with the sword of destruction from the end times, who told me my head would be cut off for writing Christian Fantasy - but thank God, it was a one-off and not a stalker type experience.

I've had a few arses online and then one stalker online and another in real life in university. Fun times.

Hi Lee - I was stalked in London, I went into a hotel and got the manager to take me out the back door - in fact he took me to my flat that wasn't far away. It was a one off in the 1970s - thank goodness.

There's a lot more of this going on now in all walks of life ... we've experienced one here, we coped ... but after yesterday life is pretty terrible.

All the best to one and all - Hilary

I've had some questionable people show up at signings, which is why I never tell people where I live. I don't want those weirdos showing up at my home.

I've never had it happen to me, but I have seen others deal with fans who crossed lines.

When I published my first ill-advised book back in 2006 I got death threats from one source. Another one couldn't be classified as a stalker, but she did make my life miserable. She became my "number one fan" and started telling me what I needed to include in my next book. I was very insecure at the time and desperate for a friend so I kept her in my life much longer than I should have. I have since learned to reply to "fans" with a veneer of cool politeness firmly in place.

I've dealt with harassment and stalkers before but so far not from a fan. I hope I never have to. I can see this being a big industry problem that people wouldn't want to talk about.