Journalist to YA Author

It’s really hard to become an author if you’re a full-time reporter. Why? Because finding the time to write outside of the job means taking on even more hours.

For me as the reporter, then editor, of two community newspapers, all I wanted to do at the end of the week was get some wine and unwind. My eyes and brain needed to recharge.

As journalists, we are used to having a tactile result of our work efforts. At the end of the day or week, we’ve written something—maybe a lot of somethings—and they’ve been published. It’s a touchable result. We can sit back and say “I did that!” It’s satisfying. We yearn for that affirmation. 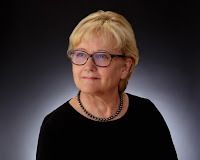 If you can squirrel away a few hours, or pick up the “author” pen after hanging up your journalism hat, then writing a novel or short story can be equally fulfilling.

I had a novel rolling around in my head for decades. When I stepped away from my newspaper career four years ago, I dove into starting my book. But the words didn’t spill out the way they were supposed to.

Leaving the newswoman inside me behind was a bigger challenge than I realized. But the good news was—once I made the switch from reporter to author in my writing style—I was freed up.

Journalists are good listeners; they have to be. They cover government meetings and conduct interviews. But our job is to present the facts in a concise manner. We’re not supposed to “show” but “tell.”

The best thing I did was sign up for creative writing classes and join writing groups that critique your work in exchange for your critiquing theirs. That’s where I learned to let my writing flow without having to check my notebook or digital recorder for the exact quote and correct attribution. That’s where I learned how to do less “telling” and more “showing.”

But what is the same in both mediums is the importance of the story. New judgement is something that journalists develop. The same needs to be true for writing a book: a good story is paramount.

A great story fell in my lap when I met my future husband some fifty years ago and learned about his adventures as a young teen runaway. I knew someday I’d have to write it.

The result is a coming-of-age story that is a good read for young adults on up. My local libraries have two copies: one for the YA section and one for the regular fiction shelves.

My husband, who is the fifteenth of sixteen children, grew up in East Tennessee. He ran away at thirteen and hitchhiked through the south ending up in New Orleans selling hotdogs. The underlying theme of the story is the conflict between father and son and how he was also able to turn his life around after making some bad decisions.

Unlike news writing, crafting a novel takes a lot more time. But with the plethora of self-publishing avenues today, a journalist-turned-author doesn’t have to wait in hopes of connecting with a literary agent to get published.

Mary Ford, an award-winning journalist, is the author of “Boy at the Crossroads: From Teenage Runway to Class President” a classic coming-of-age story set in the 1950s. For more about Mary Ford and her novel, visit: maryfordedit.com. She and her husband, Conley, live in a small town south of Boston, with their dog, George. “Boy at the Crossroads” is available online wherever books are sold.

Thanks for sharing your journey, Mary!

Journalism and writing a story are two totally different things so I bet it was a challenging switch.

What an amazing story. I love stories where people beat the odds.

I love stories where people beat the odds, too! This does sound like quite a journey.

Way to go, Mary! How nice to find someone I know on IWSG! So happy to see your writing life evolve. Liza Salerno

Sorry if this is a repeat. Mary, I'm so happy to find someone I know on IWSG. I'm delighted to see your next evolution as a writer. Best Wishes, Liza Salerno
https://middlepassages-lcs.blogspot.com/