6 Ways to Refresh Your Speculative Fiction 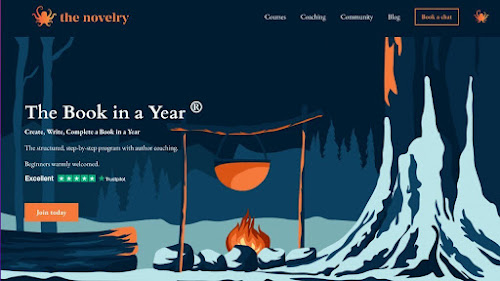 At The Novelry, we have a deep reverence for speculative fiction. It’s an imaginative and all-encompassing genre, which manages to turn the serious playful and vice versa. Take The Hitchhiker’s Guide to the Galaxy or Terry Pratchett’s Discworld series; these are just a couple of examples of serious literature written not-so-seriously.

Plus, most of mankind’s biggest and most popular – and enduring – stories are speculative, from as early as the Epic of Gilgamesh. Two of the top three individual books which have sold the most copies since records began are both fantasy novels (Harry Potter and the Philosopher’s Stone and The Little Prince), while nine of the ten top-grossing films are also fantastical in some way.

The challenges of SFF

Of course, all of this malleability and creativity can make the quest to write SFF seem overwhelming. And – almost counterintuitively – some SFF has become predictable and, purposely or not, often veering into the stereotypical.

Challenges and pitfalls can arise when we’re playing with metaphors and allegories, tropes and archetypes, world-building and epic battles. But we have some guidance that might help SFF writers keep things fresh and exciting. 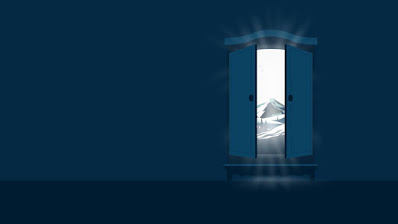 As writers, we often shy away from stereotypes or tropes. Having a reader accuse our writing of such sacrilege can be quite chilling.

Not everything you write has to be brand new. That’s as impossible as imagining a new colour. The stories we dream up can only ever be the sum of what we’ve been exposed to, usually refined into a similar shape to the stories we enjoy reading. In fact, readers actively seek out more of what they like, and have expectations in any given genre. Some familiarity works in your favour.

Like with everything, tropes are tools. It’s all about how you use them.

Before writing any trope or stereotype into your story, be honest with yourself. Are you choosing it purposefully, or is it the easiest option – a shorthand for something you don’t want to parse out? Consider, too, whether the portrayal you’re leaning towards feels constrictive.

You’ll also want to think about what you’ve read before. If you’re thinking about including, say, elves in your story, cast your mind over the representations of elves you’ve seen. Aren’t they often long-lived, highly educated and condescending? Or enthralled by nature, art, music and all the other wondrous things the world contains – and suitably good-natured and open to amusement and curiosity?

Well then, you need to think about what else your elves could be, and how it can tie into your plot and themes. What if you had an elf who’s damaged and struggling with addiction in the aftermath of the destruction of their forest home by some exploitative resource extraction? (As a side note, do avoid portraying all the elves that way, lest you create your own internal stereotype).

Being a writer is a careful balancing act, requiring us to know how to lean into a trope and give readers what they want, while still taking our stories in new directions. Don’t shy away from tropes and stereotypes, but don’t use them as a crutch or a shorthand either. 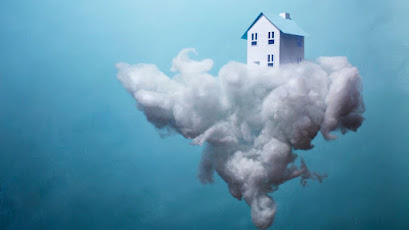 2. Be open-minded about your setting

As with other tropes, worldbuilding tropes aren’t inherently negative. Sometimes they’re necessary for the basic story to function – like a horror story needing its haunted house. These familiar settings can also help readers settle into the plot quickly.

Approaching the era you set your story in with an open mind is a really fun and relatively quick way to shake up your setting.

Think carefully before you reach for a medieval English or European setting; it’s safe to say we’ve seen it before. In fact, the whole world has thanks to the tremendous works of writers like J.R.R. Tolkien and George R.R. Martin. Follow in their footsteps and you’re creating unnecessary difficulties for yourself as you struggle to find a way to add something fresh to such a well-established time and place.

This doesn’t mean you need to abandon your original idea altogether. But take some time to think about what you can twist or change. Shifting how you think about your setting can help a lot. For example, 'medieval' is tightly linked to a specific time and place in European history. Instead, try thinking about your world as 'pre-industrial' and you'll find a whole range of possibilities.

Perhaps you can think about your setting in a new way, in the vein of the Grimdark subgenre. It subverted the classic trope of a magical, green land populated by happy(ish) peasants, instead exploring the reality of life in such worlds: grim, brutal and bloody. Could you do something similar?

Or take us somewhere entirely different! Is there somewhere you have experience of, a connection with, or a deep understanding of the culture? You might find it inspires a new fantasy analogue.

And if you want to take inspiration from publishing trends, here’s a top tip: there is a demand for pirate stories, and readers are especially keen to watch female leads on the high seas. So give over exploring new lands altogether, and take to the ocean!

3. Give your characters a makeover

If you’ve tinkered with how you depict your setting (or decided you don’t want to), you might also play with your characters. Switch up their biological sex and/or gender identity, their age, their stature and physicality.

Then think about internal factors: their personality traits, mental health, core values, fatal flaws, overarching motivations, deepest fears. You could think about their sexual orientation too. Heather Walter did this to great effect in Malice, which gives a fresh, radical slant to the surge in fairy tale retellings, and a chance to see how LGBTQ+ representation is coming through in this genre louder than ever.

After redesigning your characters, move outwards and consider their personal history. What’s shaped them? Who do they care about? Where did they learn their beliefs and skills?

This is your time to let loose and experiment, so enjoy it! You’re bound to hit upon ways to throw a spanner in the works and subvert what we’re used to seeing.


4. Consider including facts in your fiction

This, too, might sound somewhat counterintuitive, but drawing from reality can make your speculative fiction all the more arresting.

It was good enough for Margaret Atwood and her global bestselling novel-cum-television phenomenon The Handmaid’s Tale. Famously, Atwood chose not to invent any of the plot’s events: they all happened somewhere, at some point in time.

Grounding your story in real events and/or current concerns and then pushing it into fiction is powerful. It floods your prose with plausibility and relatability, and makes topics we’ve considered before feel brand new. And that can be even more refreshing than something we’ve never seen before.

It also allows for exploration of salvation and solution, which can be extremely impactful. Factually grounded speculative fiction offers a chance to imagine what characters can do in seemingly insurmountable circumstances that may materialise in the future, or exist already.

Readers are forced to ask themselves what they would, could or should do, even who they might become. It opens up a world of possibilities within and beyond the reader and is bound to keep them on the tenterhooks. 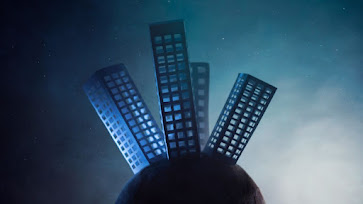 5. Think about the practicalities of your world

If you want to cast a new light on well-trodden tropes, it can be helpful to think about the intricacies of your world. It might make you invent (or uncover!) aspects you and your readers hadn’t thought of, which could become integral to your plot.

Put yourself in the shoes of a tough editor, or a vigilant reader/reviewer. Ask the tricky questions. How (and/or what) do your characters feed all their dragons? How can an entire magical race that has existed for millennia have one language and a monoculture? How do your characters see where they’re going when they surpass the speed of light? Why do they all call it The City? Is there only one city? Why?

By pulling these strings, you might find an unexplored thread that takes you in exciting new directions! 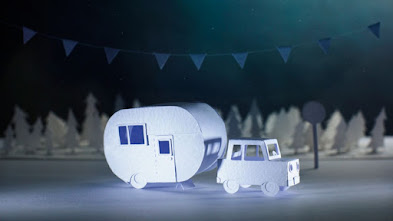 6. Use all your favourite things

Our final point perhaps brings all of this together for you. It’s about indulging your writerly and readerly pleasures. What kind of speculative fiction do you like to read and/or write? Why? Which stories have stayed with you, and which elements gripped you?

Don’t constrain yourself with one single genre or subgenre. Instead, take the parts of each that you find compelling, and try fitting them together in different ways. It’s a surefire way to avoid your stories becoming formulaic or predictable.

It worked for Tricia Levenseller, who decided to do away with frameworks and bring together all her favourite things in her first published novel: Daughter of the Pirate King, a pirate book with fantasy elements, romance, action, adventure and humour.

Your story doesn’t need to be unique to be fresh

While there are definitely ways to liven up your story and stray from the status quo, it’s important to reiterate the initial point: don't tie yourself into knots seeking originality and uniqueness.

Not only will it have you chasing your tail and throwing away brilliant ideas, but if you want to get published, it’s going to make things tricky. Remember that publishers are risk-averse and like proof of concept!

Instead of unique, strive for unexpected. Set up reader expectations (using those wonderful trope tools we spoke of), then take them in a different direction. Put them together in new ways. Look at them from a different angle.

There are all kinds of ways to write dazzling and daring SFF. These are just six of our favourites. Try them out, play with your prose and see what gets you excited. It’s bound to do the same for your readers!

Writing SFF with a published author

Almost all published authors learn to write by taking a creative writing program or courses. At The Novelry, our online creative writing courses offer writer coaching and specialist professional editorial support for those writing science fiction and fantasy novels. With our famous Book in a Year ® plans, we will take you from coming up with an exciting idea through world-building with the Classic Course, to writing your novel, and editing it to publishing standard for submission to literary agents who are actively seeking SFF novels from debut authors.

If you’d like to work with a team of authors published in the SFF genre and editors with experience publishing the famous names of science fiction like VE Schwab and Ursula K. Le Guin, join us at The Novelry for the very best advice and step-by-step guidance all the way to seeing your book on the bookshelves.

There are certainly enough real life events to draw from.

Thanks for the tips they are great.

Thank you Alex for all these useful tips. Love all speculative forms of art, fiction (re-reading all of René Barjavel this summer), non-fiction (Homo Deus sequel to Sapiens, or Alexander Von Humbolt's works in early 19th century ), sci-fi books and movies. Fantasy also, been engrossed in The Witcher, Dark and Manifest lately; Mr Robot was also a rare treat.
Take care. Might be back for the IWSG over the fall.