LEARN IT. BELIEVE IN IT. DO IT. - Jessica Bell

Not long ago, I posted something on Facebook, totally unaware that it would garner such a huge response, not only from writers, but from all sorts of people who were aspiring to reach some sort of goal. It even resulted in the blog tour manager of Wow! Women on Writing referencing it in an article as being inspiring enough for her to forfeit attending her high school reunion (which she was very much looking forward to) and going to a writer’s conference instead. So, I thought I would share it with you folks at IWSG, too, as it seems to have helped quite the handful of people:

“About six years ago, I was lucky enough to have a family friend who was the step daughter of a very very big Publisher at a very very big publishing company. (I won't mention which, as I don't like calling people out.) This friend passed "String Bridge" onto this publisher to read. (Stupid idea. It was not in good shape then.) This Publisher told me that my book sounded like silly gossip two ladies would babble on about over a bottle of wine, and that I was kidding myself if I ever thought I would be an author. I was devastated, and thought that perhaps this was not my path after all. But I pressed on (after very much crying).

I now have a bestselling series of books which TEACH WRITING. A full-time job as an Editor for a publishing company. I run a successful and much-loved literary magazine, and have a growing career as an author.

I am not gloating. I am telling you that you can do anything you put your mind to if you want it bad enough. There is nothing ... NOTHING ... that should get in your way, even if you think you are lacking the talent. Talent isn't just a part of you that you are born with, it's something you can LEARN.

If you want something, LEARN IT. BELIEVE IN IT. DO IT.

Start getting what you want out of life now. Even if it means building with small blocks. Because one day, if you are dedicated, and love what you do, you will end up with the "house of your dreams."

I can confidently say, that this experience was where my road split into a fork. I could have turned left (into Giving Up Street), but instead I turned right (into Keeping On Street).

Has there been a moment in your life when you decided to turn right , despite being told to turn left? I’d love to hear your experiences. 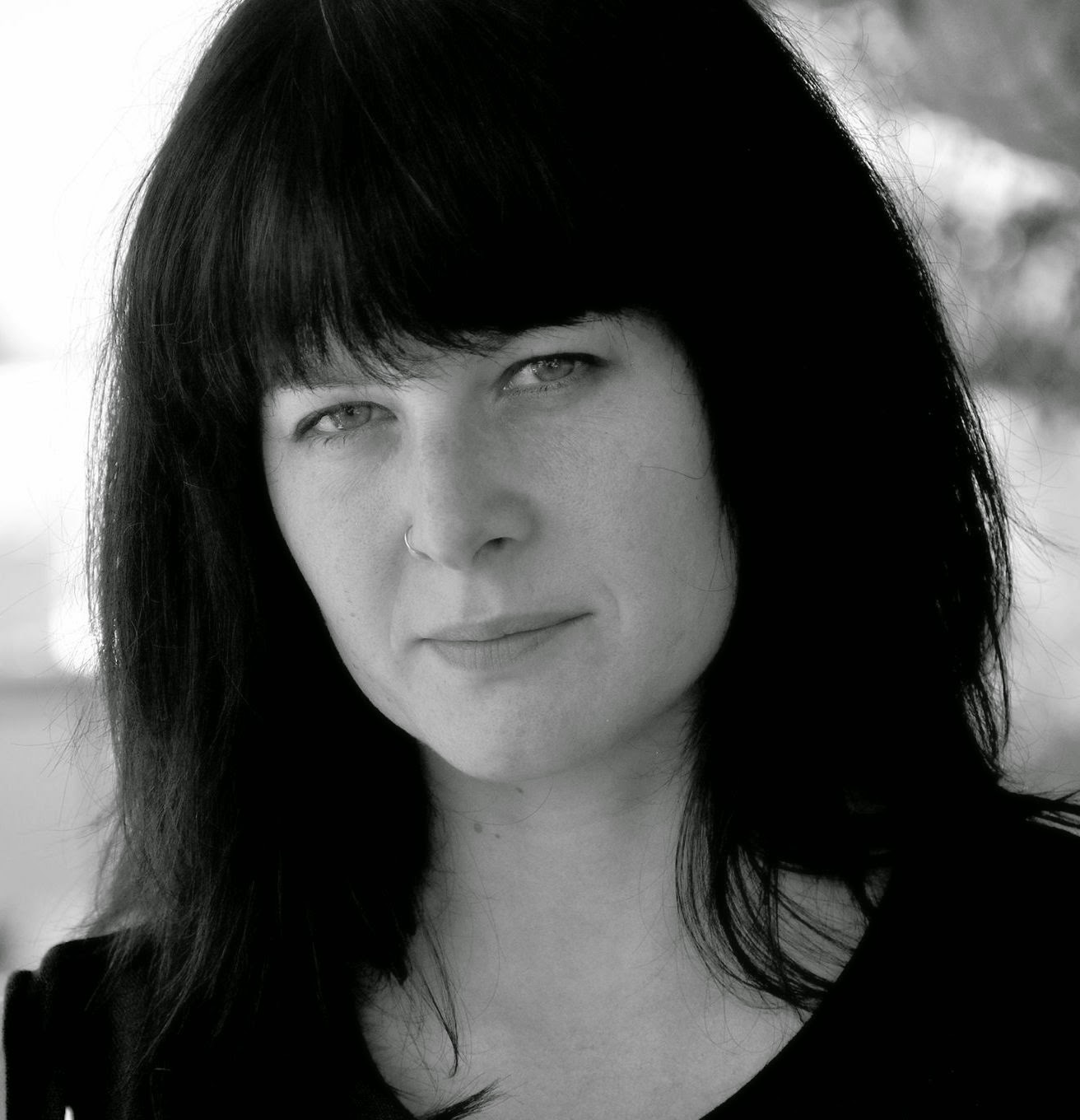 Jessica Bell, a thirty-something Australian-native contemporary fiction author, poet and singer/songwriter/guitarist, is the Publishing Editor of Vine Leaves Literary Journal and the director of the Homeric Writers’ Retreat & Workshop on the Greek island of Ithaca. She makes a living as a writer/editor for English Language Teaching Publishers worldwide, such as Pearson Education, HarperCollins, MacMillan Education, Education First and Cengage Learning.

Connect with Jessica online:
Website | Retreat & workshop | Blog | Vine Leaves Literary Journal | Facebook | Twitter
Sign up to Jessica’s newsletter and receive Book #1 of the Writing in a Nutshell Series, Show & Tell in a Nutshell, or Muted: A Short Story in Verse, for FREE.
Posted by Alex J. Cavanaugh at 5:00 AM

Email ThisBlogThis!Share to TwitterShare to FacebookShare to Pinterest
Labels: choosing your path as a writer, Jessica Bell, overcoming writing setbacks

Hi Alex and Jess - great post to remind us that all things are possible, if we put our head down and march on - pushing forward towards our dreams. We need to learn and we need to practise, and we need to be prepared to drop things to progress ...

Wonderful reminders to us all - and you are both cheer-leaders, and encouragers ... cheers Hilary

Thanks again, Jessica! You are living proof of that belief.

Thanks so much for having me today! And thanks, Hilary, you are a darling.

I watch you from the sidelines and think, "Forget Wonder Woman, there's SuperArtist!" Your energy and drive is inspiring and others want to emulate that. No wonder the WOW manager changed her plans. 10% inspiration and 90% perspiration means never giving up...but also, never letting them see you sweat.

Um, wow, Michael. Thank you! What a fabulous comment. You always make me smile. <3 And thanks for tweeting, too!

Have to keep on a trucking indeed, it can be done if we don't give up. You sure proved that.

You are an inspiration, Jess.

After ten years of laying aside a novel I wanted to publish because of reject letters, I've resurrected it and gotten it published. I don't expect to make a fortune, but I'm sure having fun and on to novel #2.

This is truly inspiring, Jessica Thank you for sharing. I'm going to pass it along to my younger sister, Bertie, who is a writer too. And what a put-down that publisher had for women. Woah! Have a good one.

I turned right and became a professional speaker. Still not sure how it happened, either. But I didn't quit and now here I am.

Way to go. This is how it happened to me to. Believe, yourself...and just do it...again and again if you have to. I now have 2 published books and 1 with a publisher. To Louise...just do it!

I liked it when I saw it on Facebook, and it's still a great message. People need to know that one person criticizing them doesn't mean that one person is right. No one can predict if your dream is something you should follow or not.

Karen, as are you! Thank you.

Linda that's fabulous. Congratulations for believing in yourself!

Diane, funny where life takes us, isn't it!

Roberta, good on you! All this positivity is inspiring ME!

Shannon, thanks. You are right. Some people hold too much esteem on an outsider's opinion. I actually think that is too common a problem in this world. We're all hung up on what other people think of us. It's only natural, I guess. But I think I've succeeded in ignoring those who bring negative energy into my life now. And I feel so much better for it.

G. B. Miller, that's a great goal and it must help keep you motivated.

Thanks for reading, all!

This is super encouraging, thank you so much!

I'm so glad you posted this, Jessica. It's an important message all newbies need to hear. And even us older ones. Never give up and never surrender; that's my motto too. Thanks.

It's so hard to ignore the "authorities," but you did and hurray for listening to that voice inside that said they were wrong.

Jessica, my dear, you are an inspiration!

Amen to that, Jessica! We in the writing community are very glad that you didn't give up. I think the hardest part of your advice is the "do it" part. It's easy to think and dream, but not always able to DO.

I hate people who say things like that. I'll call them "dream crushers." It doesn't hurt a person to find something nice to say. Luckily you had perseverance and used it as motivation to try harder, but how many people would use that as an excuse to give up?

In today's competitive world, smart people believes in smart work rather instead of hard work and same thing applies to the school and college students. Rather completing their tough and tricky programming home assignment Rush My Essay promo code is able to provide us quality and on time writing services with guarantee which is best service from others any providers.