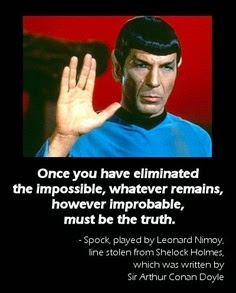 When I began my first novel in 1984, I believed when I finished it, I'd get published. "Most logical," as Spock would say. Self-publishing wasn't an option at that time because it was expensive and anyone who went that route wasn't taken seriously.

In 2008, I self-published DEAD WITNESS on a fluke. I hadn't given up on my dream of finding a publisher, I just wanted copies for family and friends while I waited.

No one was more surprised when Overwaitea Foods requested copies to place in their bookstores; a request that set into motion me finding a Canadian printer, distributor and later a publisher for my novel BROKEN BUT NOT DEAD.

But I'm getting ahead of myself.

Prior to self-publishing DEAD WITNESS, I spent twenty-four gruelling years accumulating rejection letters. When I had enough to wallpaper my ensuite, I decided a new ploy was needed.

I covered two novels in brown paper sleeves, printed DEAD WITNESS on the first and  BROKEN BUT NOT DEAD on the second, along with my name in bold letters. I set them where I would see them every day. Every morning, I sat for 15 minutes, closed my eyes, and imagined how it would feel being a published author. I envisioned doing readings. I imagined the many interviews, smiled over all the accolades, and revelled in the delight of my brand new iMac and notebook.

When moments of doubt surfaced, I took a deep breath, felt the calm wash over me, and knew one day my dream would come true.

I'm not special or better than you in any way. Nor am I less than you are. We both love writing....

So...? What do you suppose my story means for you?

Posted by Joylene Nowell Butler at 9:32 AM

Your story reinforces the belief that perseverance is the single most important factor in success. Thanks for sharing your story.

Visualizing is so important. I used to stare at The White Dragon and imagine my name on the cover, not Anne's.

@Susan, thanks. I know you get this. Your success proves it.

I'm glad it worked out for you. I really don't have it in me to try and be a professional author any more. These days I strictly write for my own enjoyment.

When I self published my first two books everything went smoothly as did the sales, my third book however was a different story(forgive the pun).
It has been hard to sell but I am not one to give up.
I wish you every success with yours.

It takes ability and knowledge to write a publishable book, but persistence to get it published, that's for sure. Diana Gabaldon once said her best advice to writers was to never give up. I believe in that, but I hope I live long enough to see it come true. LOL.

To me it means if what you're doing isn't working, try something else!

You've only reinforced my belief that setting an intention and visualizing it as real, can work and work very well!

@Pat, notice how the energizer bunny always looks so happy!!!

@Tempest, while you're writing, stop every once in a while and notice how happy it makes you. I promise just that little practise will make all the difference.

@Nashville, hi. Cheering for you!

@Cheryl, you got it! But we already knew that.

Trying new things to make a dream happen does make a difference. And of course, not giving up.

Never give up! If it's broke fix it. Envision your dream and you will persevere

It means you are a very patient person who sticks to a plan :) Glad it all worked out :)

Joylene, thanks for sharing that. For me the message is don't give up and keep your eye on the prize (your goals).

It tells me that perseverance & patience are the key factors!
Thanks for sharing.

Hi Susanne and Michelle. Your perspective is excellent. For me, the message means that if I can reach my dream, then anyone can. There's comfort in knowing that.

Hi Joylene .. as the others have said - always believe in yourself and your abilities .. and then keep doing, keep writing, keep doing ...