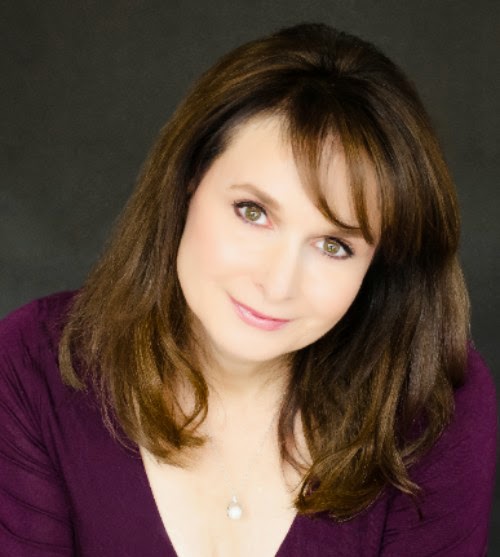 I just sent the second book of my Heirs of Watson Island trilogy back to my editor for the final time before the Advanced Reader Copies (ARCs) come out. And I know it isn’t perfect. ARCs almost never are — they’re uncorrected proofs, that’s what it always says on the cover. But if I could just have one more draft . . . one more pass . . . one more day . . .

Regret, what-if, and could-a, should-a are the writer’s constant companions. That’s one of the aspect of being an author that is the most difficult for me. As a writer, I’m in total control of my work and the fictional world in which my characters live. There, I’m GOD. (And it is good.)

But once the manuscript leaves my desk in any form, my level of control dwindles the closer the book comes to publication. Why? Because the book goes from being my brain child to being a product that needs to be appealing to as many people as possible so it can be economically viable. At least if I want to make a living as a writer.

Looking back from this side of traditional publication, I’ve come to recognize that there are steps along the path to publication where we writers have control, and there are steps where our control is minimal. Based on what I’ve learned to this point, here are some ways I think we can make the most of the control we have. And I do think that most of these apply whether we are publishing traditionally or as indie authors.

1)       Take as much time as we can to master craft. Read widely, take workshops, know grammar inside and out, keep learning!
2)       Examine the premise of our manuscripts from every possible angle. Look for ways to make them bigger, fresher, more unexpected, and more interesting; good is the enemy here. Competition is stiff, and the premise, more than anywhere else, is where we can ultimately create a salable manuscript.
3)       Figure out who the audience is going to be and what they generally expect/want in a book.
4)       Re-examine the premise with the audience in mind. Does it meet conventions and then twist them?
5)       Write the best book possible that meets the promise of the premise and promises to entice the audience.
6)       Develop a network of trustworthy critique partners and beta readers who will be brutally honest with you. Shut up when you hear their advice. Put the manuscript away for a few months. Then look at it again, and be as critical and objective as you can be when addressing what the readers suggested.
7)       Write a brilliant pitch for the book you’ve written. When the book is salable and well-executed, this is easier than you might think. Frequently, problems crafting a query/pitch suggest there are still problems with the premise or the execution of the book itself.
8)       Create a list of agents you’d like to work with. Get references. Do your homework. Take your time and make sure you’d really love to work with those agents and that your communication styles and tastes are going to be compatible and that they are going to represent all the genres that you want to write in the course of your career.

Now that’s where your control stops. Because from this point, we are at the mercy of market conditions, trends, individual tastes, and yes—let’s be honest—luck.

I am under no illusions that my book is better than a LOT of books that didn’t get published. It’s a solid book, with a lot going for it, and I did as good a job writing it as I could. From there, I was pulled out of the machine by the giant claw of luck. Other books, other writers, are not always so lucky.

Here’s the thing though, we can help to make ourselves more “lucky.”

If COMPULSION hadn’t landed me and agent, and if it hadn’t sold, I would still have kept writing. Work is never wasted. I’ve learned something with each of the manuscripts I’ve written, and all of that goes into making the next book better, and that means that I am more likely to be nearer to the top of the pile when the claw of luck swoops down again to grab someone.

Now here’s the part we don’t see written about as often.

Once the claw of luck grabs us, we have very little control, and we have less and less as the book gets closer to sitting on the bookstore shelves. Which really, when you think about it, is fine. We’re writers. We’re not marketing experts, or copeditors, or keyboarders, or cover designers, or sales reps, or publicity. (Unless we’re indie publishing, in which case we have to be all of the above.)

Once the book has left our desk, and if we aren’t indie publishing, all we can do is . . . wait for it . . . write the next book and make it better. Be GOD in a different universe.

Because you know who ultimately has control?

Martina Boone was born in Prague and spoke several languages before learning English. She fell in love with words and never stopped delighting in them. She’s the author of Compulsion, book one in the Southern Gothic trilogy, the Heirs of Watson Island, which was a Fall ’14 Okra Pick by the Southern Independent Bookstores Alliance, a Goodreads Best Book of the Month and YA Best Book of the Month, and an RT Magazine Best of 2014 Editor’s Pick. The second book in the trilogy, Persuasion, will be published in October 2015. She’s also the founder of AdventuresInYAPublishing.com, a Writer’s Digest 101 Best Websites for Writers site.

Email ThisBlogThis!Share to TwitterShare to FacebookShare to Pinterest
Labels: maintaining control as a writer, Martina Boone, what to do before signing a contract

Fantastic post, Martina! Losing that control can cause some anxiety. It did for me! We always must carry on and continue writing. :)

One foot in front of the other, as it will never ever be perfect, so have to keep on getting those words down and learn to let go a bit.

Great tips! It's important for us to have as much control as we can and to use it.

Thanks for having me, Alex! As you know, I love IWSG!

Thanks, Christine! Trust me, I am with you on the anxiety. And I've done as much as I can for Compulsion, while trying not to step on my publisher's toes. I will say that EVERYONE at Simon Pulse, from my editor to the publisher and everyone in between, are utterly fabulous. But even they don't have control. A lot of it comes down to word of mouth and--again--luck. Good luck with the writing and I highly recommend the stress-relief tea from Tazo! : )

Thanks, Chrys. I agree, but my goal for this year is to become less of a control freak. This business is never going to let us have the level of control we have in most industries, so all we can do is do what we can and then let it go!

I've finally learned to 'let it go' once a contract is signed. From there on, others' input will shape my baby even though I will still be part of the process. As long as I trust the editors working with me, I can live with the lack of control.

Great tips and a finely crafted post. It makes the reader think. Congrats on having a publisher who helps to remove some of the hard work. Sometimes having total control holds us back.

Good pointers, Martina. We should absolutely take those pre-contract steps to ensure we have a good product that readers will love.

You are right. It's the readers who have ultimate control.

Thanks, all! And I totally agree, Susan and Peaches! Trust is a huge part of the process.

I'm one of those who are insecure through the entire process. I have a writing buddy that I send my first scene to just so I can judge how I'm doing from the very beginning. (I'm just about ready to send her the manuscript again showing up to the middle of the story. I've done a little research on editing software in hopes of avoiding umpteen rewrites after a paid editor reads it and tears it apart. Maybe I can sidestep some of those should-a's, could-a's and what-if's.

Good thing I'm used to not having any control. My characters are cruel masters :)

Great post!
So we can safely say that readers have the ultimate control and as long as we supply fresh reading experiences, then we're on the right track.

I agree! Very well said. And actually vitally important that we understand this process of letting go and yet maintain the control we can maintain. Would any of us taken up this profession if we'd known it would be this hard? I'm sure of it. We just need mentors like you, Martina, helping us along the way. Happy New Year!

This is great. I just signed with an agent last month, so I am just beginning to see what you mean about rescinding control. I have no idea if my book will sell; in the meantime, I'm writing another book.

If you find some good editing software, I'd love to hear about it! I use Scrivener for writing, but once it goes to my beta readers, agent, and editor, I pretty much have to switch to Pages. :/ I wish Scrivener handled editing and track changes more gracefully! Good luck with everything. And honestly, I think the best editor is time away from your manuscript.

Thanks so much, Joylene! (Love your name, btw!) I wish that I had understood about letting go a little bit sooner. But it's a process that comes along with the process of getting published. It's one of the reasons I worry a bit about any author who is rushed (or rushes) into print. If we lose the perspective aspect of the learning curve, it's so easy to feel really, really frustrated by the process. A lot of early rejection is actually good for us, I think! : )

Congrats, Rosalyn! And that's EXACTLY the right thing to do while you wait. Which is what I'm doing right now. : ) Hugs and again, congrats!

The Claw!! Love it. Martina, you are truly humble, because your book was fabulous. But you're right...writing the best book we can is a must. Readers deserve nothing less.