How important is the author-agent relationship? What should you look for in an agent? Three authors share their insights - Dianne Salerni, Stephanie Faris, and Ilima Todd.

Most writers judge agents by how fast they respond to emails and how long it takes them to read manuscripts and report on submissions. These things are important – and my agent gets a gold star on those points – but it’s also essential that an agent knows the business.

When I was querying, I did an extensive R&R for an agent I naively thought was going to sign me. She passed – not because she was unhappy with the revisions, but because she found a broadly-written option clause in the contract for my un-agented first book. She said I was bound to that publisher indefinitely and couldn’t take me on. She implied that no one would.

A month later, I had an offer from the inestimable Sara Crowe. I confessed my option problem, thinking it would be a deal-breaker. Instead, she said, “That’s unenforceable.” She referenced court cases where it had been struck down as “practically indentured servitude.” I signed with Sara. She made one phone call to my former publisher, who released me immediately.

I love my agent not only because she’s upbeat and responsive, but also because she knows her business and does more than submit my manuscripts. She solves problems.

Dianne K. Salerni is the author of the The Eighth Day fantasy series (HarperCollins) and historical novels, The Caged Graves, a Junior Library Guild Selection, and We Hear the Dead, optioned for TV and inspiration for The Spirit Game, which premiered at the 2013 Cannes Film Festival. Blog-Website - Twitter - Facebook

Many authors focus on those who have years of experience and a full roster of clients during an agent search. I had the opposite instinct. While I always focused on well-established agencies, I often would hone in on the new person on staff—the young agent eager to find the next big thing.

I found that in Natalie Lakosil. When I first queried her in 2009, she was the new agent at her agency. I can’t remember exactly what she stated her interests were at that time, but today she lists a wide range of interests, spanning from picture books to thrillers. I sent her a query for my middle grade novel about ghost hunters (my Ghost Patrol series, may it rest in peace!) and she immediately requested the full manuscript.

Six years and six book deals later, I can say that signing with an agent who was new to the industry was a very smart move. Natalie is far from “new” now, with a long list of clients and new sales every month. The most important thing to look for is someone who will champion your work. A new agent has an enthusiasm and excitement that you might not find in a veteran, so keep that in mind while you’re pounding the pavement, looking for representation. 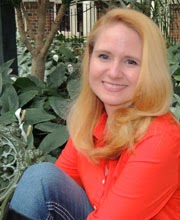 Stephanie Faris is the author of 30 Days of No Gossip and 25 Roses, both with Aladdin M!x. When she isn’t crafting fiction, she writes for a variety of online websites on the topics of business, technology, and her favorite subject of all—fashion. Blog - Website - 25 Roses on Amazon - 25 Roses Autographed

When looking for an agent, be sure to do your research. Take a look at who they represent, deals they’ve made, and the publishing houses they’ve sold to. An agent might have a lot of sales under their belt, but they could all be to one small ebook publisher, and that might not be what you want.

When you talk to an agent who has offered to represent your work, find out how much editing they expect, what their plans are for submissions, if your relationship will be for one book or your entire career, and what happens if your novel doesn’t sell or if he/she doesn’t like another book you write.

While it’s fun to find a super sweet agent who adores your story, remember this is a business relationship as well, and you want someone who knows what editors are looking for and will do what it takes to fight for your book in this highly competitive industry.

I love my agent. She answers my emails promptly and takes the time to address my concerns—from contract details to any aspect of the publishing journey. She celebrates with me and talks me down when I’m in crazy stressed out writer mode. I wouldn’t be where I am today without my awesome agent!

Ilima Todd was born and raised on the north shore of Oahu and currently resides in the Rocky Mountains. She never wanted to be a writer even though she loves books and reading. She earned a degree in physics instead. But the characters in her head refused to be ignored, and now she spends her time writing science fiction for teens. Ilima is the author of Remake, the sequel to be released later this year. She is represented by Katherine Boyle of Veritas Literary. Blog - Remake Website

What are you looking for in an agent?

Email ThisBlogThis!Share to TwitterShare to FacebookShare to Pinterest
Labels: author-agent relationships, Dianne K. Salerni, Ilima Todd, Stephainie Faris, what to look for in an agent

These are all great perspectives. I see several blog posts that this posts spawns. One would be the "wording of contract clauses to avoid".

Thanks for having us! I can say, most of us never really realize just how much an agent does on our behalf. There's a whole side to negotiating the contract that's VERY complicated and none of us would want to do!

Excellent advice to bear in mind as I navigate the agent search. :)

Thanks for inviting us here today, and I love how we all picked different things to look for!

It was great to read more about these authors' personal experiences with their agents! I'm very happy for them that they've got someone great on their side. Though I'm not looking for an agent at this time, I still respect and admire them, and may consider querying a manuscript in the future.

Thanks for having us on the blog today! And I agree with Dianne's and Stephanie's advice as well.

Great tips indeed. And very true, should never dismiss one because they are new

You should! As I was reading your book, I was thinking, "Why isn't this woman working with a traditional publisher?" Not that it's always the way to go but when someone has the kind of talent you do, I think they need an agent to take them to places they might not have been able to go otherwise.

There was a great blog out there by maybe Janet Reid or Nathan Bransford about the many benefits of working with new publishers. The blog was from the perspective of a very experienced agent, who was saying that newbies bring something more experienced agents sometimes can't...but I couldn't find the blog post when I was writing this. Plus many new agents are working as part of a bigger agency, where they have access to the resources that big agencies have. Many new agents also travel around to conferences and network quite a bit, which is where they have that conversation with an editor who is looking for a specific kind of voice. Those conversations often lead to sales.

(Working with new AGENTS, not publishers...)

Very interesting. Looking at the rookies agents is a good idea of how to find an enthusiastic one.

I think that was smart to aim for a new agent. The more established ones already have a roster full of authors.
Thanks, Ladies!

I've had 3 top agents who I felt I was lucky to have. Until years passed and nothing happened. I waited another year and finally got a divorce. Yes, 3x. You'd think I'd learn. Well, I'm ready to start querying again, so I appreciate this post. Thanks for the honesty.

Thanks for sharing your experiences. I love hearing the success stories!

Thank you for sharing your agent experiences! Doing one's homework to find the right for both author and agent sounds challenging but oh so worth it!

These tips are great and I'm sure anybody looking for an agent will find them useful. Thanks for sharing your wisdom, ladies!

For me, it was really important to find an agent who was a career agent. I signed my agent largely because he'd stayed encouraging with a friend of mine who'd had three unsuccessful rounds of submission. He could have submitted to smaller, digital only presses, but he told her "I want you to have a debut that truly launches you as an author." And she's got an impressive trilogy releasing soon! When she told me her story, I knew that was the kind of support I wanted from my agent. I'm still new in the relationship (4 months?) but I've already been impressed (he sold my debut in a little less than a month).

Ilima, so many say it's like a marriage, but you described it more accurately as a business relationship. It is, even though it's on a more personal level, and both partners have to be willing to pull their weight.

Thanks for sharing this!
This is such an eye opener - sounds like there's lots of work involved to find the right agent for a manuscript.

I haven't really considered finding an agent, but perhaps, the agent could move me to the next level in my writing career. Now pondering the idea. Thanks for sharing your experiences.

Thanks for giving us these three interesting perspectives on Agents. I found the tips very useful.