Your first three books were self-published - what advice would you give someone considering that option?

I think the most important thing is to ask yourself sincerely what your goals are, and can self-publishing help meet them? For instance, if you dream of winning an award that doesn't allow self-published books to be submitted, then it's only going to fall short of the mark for you. I love self-publishing and I think it's a great option for writers at all stages of their careers, but you have to be realistic about what it can achieve. I also think authors shouldn't rush into it just because they read a headline about someone who pressed "Publish" on the first of the month and was paying off their mortgage with their royalties by the last. Success in self-publishing is just as difficult to achieve as it is in traditional publishing. You don't have to wait for anyone else's "Yes" to get your book out there, no, but there's still no guarantees that anyone will buy it when it's there. And when you self-publish - the clue is in the term - you have to do all the hard work yourself. It's certainly not the "easy" option.

How did you get started with your self-publishing workshops? What are some of the items you cover?

I got invited to a self-publishing conference back in 2010 - Ireland's first - and in exchange for a free ticket, I was asked to live tweet the event. At the last minute, one of the key note speakers had to drop out and the organiser, knowing I had self-published, ask me to fill the gap. That lead to another speaking invite, and that led to another, and so on and so on. Whenever I do a workshop on self-publishing, I always say the same thing at the beginning: that I'm aiming to send the attendees home with all the information I wish I had when I started to self-publish. I think a lot of self-publishers hone in on one area, like e-book formatting or pricing or Facebook ads, and they lose hours online researching the topic in extreme detail. But what you really need is to know the nuts and bolts AND have an overview, a business plan, if you like, and you can really only make one of those by sitting down and thinking about the entire process from start to finish.

What social media advice do you hear all the time that is totally bunk?

I think any advice that stinks of overthinking it. Social media should be a natural, genuine thing writers do because they want to, because they enjoy it. There's no point otherwise, because no one will be interested. Just be yourself. Be someone you'd like to follow. There's not much more to it than that. 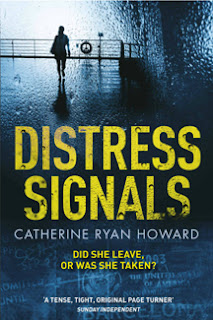 Your debut fiction title, Distress Signals, is already available in Europe and will be released in the US by Blackstone this February. What are some of the experiences with Distress Signals that differed from your other three books?

The whole thing couldn't be more different. I have two teams of people working for me and my book on either side of the Atlantic, and an agent who is like a cheerleader along the way. I get to benefit from people who have years of professional experience in areas like editing, cover design, book marketing, etc. and I get to have lovely surprises like broadsheet reviews and when a box arrived at my house with my American ARCs - and they were in hardcover, which I wasn't expecting at all! I get to see my books in the bookshops I practically lived in growing up, and I get to see pictures of it on shelves in countries on the other side of the world. There was a great sense of achievement when I self-published, but this comes with so much more than that. My dream was always to get published and so this has been a truly exciting time for me.

You are now a hybrid author! What are some of the advantages?

Publishing runs on contracts, and like any job it has its ups and downs. I think it's important to keep your options open and doing a little bit of both traditional and self-publishing is definitely the best way to do this.


In 2010, she self-published a light-hearted memoir, Mousetrapped, about the year and a bit she spent working in Walt Disney World, Florida, and in 2012 followed it up with Backpacked, an account of the detour to Central America she (reluctantly) took on the way back home. 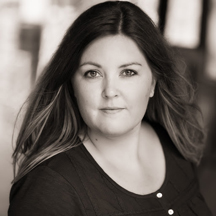 Known for dispensing particularly pragmatic self-publishing advice, Catherine began to speak on the subject for the likes of Faber Academy, the Irish Writers’ Centre, Guardian Masterclasses and others, and in 2014 published the third edition of her ‘how to’ guide, Self-Printed.
Her debut thriller, Distress Signals, is out now in the UK, Ireland, Australia and New Zealand. It will be published in the U.S. on February 2, 2017.
She is currently studying for a BA in English at Trinity College Dublin and working on her second thriller which will be published in the summer of 2017.
Find out more about Catherine here: Website, Facebook, Twitter, and Instagram
Posted by Alex J. Cavanaugh at 5:00 AM

Very true, you can so tell the ones that hate doing social media, as there is no enjoyment in it what so ever, for them or the reader.

Great interview! I agree with Catherine that there are ups and downs of both paths, and it's important to know what you want.

I think your take on social media is spot on. You have to enjoy it and be authentic. People will know if it's the real you or not that you're putting out there. Cheers - Ellen

That's close to how I started doing publishing workshops. And I do tell attendees I hope to help them avoid all the pitfalls I fell into.

Some great advice, Catherine. My advice to people who want to self-publish is to take a workshop from someone who has done it.

Hi Alex and Catherine ... being true to who we are, being unique, being honest and consistent ... and keeping straddled in both publishing arenas if possible ... opening up doors as they come to you ... cheers Hilary

Being a hybrid would be nice. Even though I've self-published 3 books I'm still ignorant and could use more help.

Catherine, I hope you'll consider coming to Canada one day. We need your experience and knowledge.

Great advice. I like the idea of being an hybrid author.
Juneta @ Writer's Gambit

"all the information I wish I had..." That's as honest as one can get - I love it! And not overthinking it.
I like the idea of Hybrid. It even has a nice ring to it ;-)

Thank you, Catherine. I agree with all you have said. Self-Publishing is not easy and many go into self-publishing thinking it is easy street and they find out differently. Thanks for your honesty also about traditional publishing.

Thank you, Catherine! I appreciate your tips.

I'd never heard the term "Hybrid author" until now and I want to say thank you. It make me kind of reconsider my approach for publishing. Currently, I haven't done any "big" works, but with my current book "Xenophobia", I've been debating what I'm going to do for publishing. Thank you for your insight.

Until I started reading some of the authors via blogging I never knew all the work and knowledge needed to self publish. Or just to write. I've learned so very much.

Lots to think about.
Knowing the nuts and bolts AND having a business plan in place...that about sums it up.
Seems like hybrid authors are on the rise. Interesting and exciting times for writers!
Thanks for the tips, Catherine!

I've never heard of a hybrid author before. I need to get out more. Thanks for a great, informative post!

This is really great information for writers considering publishing their own works. I actually thought about it but then I haven't figured out what I need to focus on writing. :)