7 Tips for Writing Compelling YA

This from REEDSY.
Just in time for the next IWSG Anthology Contest
YOUNG ADULT
LOVE IN MASQUERADE 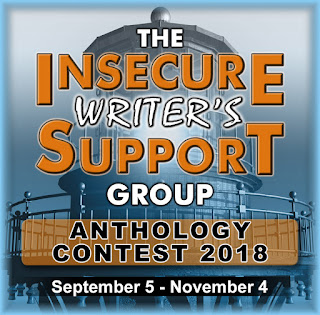 For many authors, Young Adult fiction (or YA), is one of the most fulfilling genres to write in as it allows young readers to connect deeply with characters and narratives that reflect their own “coming of age” stories.

The million-dollar question then is: how to write compelling YA??

This post will take you through some tips for evoking the interest of your readers, and hopefully making your book impossible to put down...

1. Give it some perspective


Deciding on the right point of view for your YA novel is a crucial first step, as POV plays a key role in how the action and events of the story will be perceived by readers. Writing as an adult reflecting on their childhood is unlikely to resonate with readers who are aged around 16-18.

If you’re using first-person narration, consider combining it with the use of present tense. Especially if your book is action-packed, writing as if the events of the book are happening “right now” will add immediacy, pace, and tension.

The countless turns, changes, and opportunities for conflict in a teenager’s life lend themselves perfectly to this first person/present tense perspective, which compels the reader to keep going.

Example: Before I Fall by Lauren Oliver is the first-person narrative of a teenage girl forced to relive the day of her death every day for a week. The emotional drive behind being right there with her as she tries to work out what is happening to her, and why, is only added to by the uncertainty about what will come next.


Whilst it’s worth keeping in mind the age-appropriateness of what you’re writing, the reality is that whatever you’re thinking might be ‘too dark’ for YA fiction is probably something that teenagers experience in real life. Even if they are not going through something directly, it might be around them, and it’s important to remember that these books are targeted toward young adults, not kids.

All things considered, you’re writing for your reader, not your publisher or whoever you’re concerned might take issue with what you’re writing — and your reader will appreciate your honesty about serious, sometimes dark, subject matter.

Example: One of the most popular YA novel of recent years, The Fault in Our Stars, has the whole works when it comes to what a lot of people would think of as sensitive content. The story centering around two terminally ill teenage cancer patients has been no barrier to critical and commercial success, and is part of the novel’s emotional power.

3. The majority of your characters should be teens


Readers and publishers alike will thank you for keeping the characters of your YA novel between the age range of 14-18.

YA novels aren’t just aimed at teens; their central character should also be a teen who will face obstacles and plot points consistent with a teenage experience (such as school, family, relationships, coming of age, and anything around gaining independence.) Luckily, as you’re probably going to be using the present tense, you should already be in the right mindset to write from this teenage perspective.

Example: In the Gone series by Michael Grant, everyone above the age of 15 literally disappears at the beginning of the first novel. If every YA writer were to adopt this approach, readers might smell a rat, but in this series it drives the plot, and also allows the remaining novels to chart characters’ progress through their most formative years.

4. Be careful not to preach


Look at the world of your novel through your main character’s eyes, not your own. In other words, focus on their narrative rather than trying to teach your audience a lesson.

Avoid moralising events in your novel, or pointing out painfully obviously why something bad has happened, for example.

Example: E K Johnston’s novel Exit, Pursued By a Bear received incredible amounts of critical acclaim. Its story centres around a sexual assault that occurs during the main character Hermione’s summer cheerleading camp. This is a modern retelling of Shakespeare’s A Winter’s Tale, the reviews of which consistently bring up how well Johnston ‘doesn’t focus on victimhood’ and is not moralising in tone in its treatment of sexual violence.

5. Don’t be afraid of tropes


Surprise superpowers, dystopian settings, the teenager who is solely responsible for saving the world — we’ve all seen these tropes before. And if we’re being totally honest, we kind of love them — when they are given extra layers of dimension and complexity to make them fresh and exciting again. If you ensure you’re writing fully formed characters, feel free to have fun with your tropes and to let them contribute to your plot lines and conflicts.

Interesting back stories, unexpected dark secrets, and compelling relationships are all ways to ensure any archetypes you use don’t feel cliche.

Example: Harry Potter is your typical “chosen one” trope, with the added bonus points of being an orphaned hero. The combination of these two, however, and the subsequent emphasis on friendship and family (not to mention the whole wizard thing) is is part of what makes him a unique character that we all root for.


This tip isn’t about swearing in your book (though maybe give that some thought also,) but more about making sure your language is appropriate for the age range you’re writing for. Pay special attention to the vocabulary and speech your characters use to make sure it feels authentic.

You won’t get away with just sticking the odd LOL or ‘like’ in with reckless abandon. As with any type of character, you need to put yourself in their mind to truly write from their perspective. Remember to think about not only how the age range you’re writing for speaks, but also whether readers of the same age will be able to easily understand and follow the dialogue and inner thoughts of your character.

Also, if you’re writing a series, consider how your characters’ voice and language will change as they grow up — there’s only a few years between a 13 year-old and 19 year-old, for example, but they’re going to have very different vocabularies and attitudes.

Example: Holly Black’s YA novel The Coldest Girl in Coldtown captures ‘teen-speak’ in a way that is modern, but not so modern that it is now, five years after publication, outdated. Well-written dialogue is a crucial tenet of any novel, but with quips like ‘If she was going to die, she might as well die sarcastic,’ Black perfectly slots this novel into the YA category.


Your character’s personality should come through on the page, and whilst this is a frustratingly vague notion to point out, it also makes a huge difference to whether readers (and publishers) are going to be interested in turning the page. How your character’s motivations and goals are communicated to the reader, and how they might change across the course of the novel, are going to be a big part of crafting this voice.

In YA we like to be able to root for and relate to the voice of the characters, and the protagonist in particular. Since your protagonist and immediate surrounding characters are at an age where there is going to be a huge amount of personal growth, there is plenty of room for genuine and moving character progression, which will be reflected primarily in the voice of your narrator — your main character.

Example: Jenny’s Han’s novel To All The Boys I’ve Loved Before was so successful after being published in 2014 that it recently got its own Netflix series. The first person voice allows Lara Jean’s personality to come off the page and engage the reader in all the twists, turns, dramas, and embarrassments that fall out of a number of love letters that she writes to her crushes throughout her teenage years.

YA allows you to tackle almost any genre through the perspective of a younger character. Exploring this freedom with a focus on authentically portraying the emotional experience of a teen makes writing YA fiction no easy feat, but it does make it incredibly enjoyable and rewarding.

Hopefully, this post has got some cogs whirring in your brain, and will give you the opportunity to take the plunge into this successful and exciting category of fiction.


Thanks to Reedsy for this informative article!

Posted by cleemckenzie at 7:50 AM

Email ThisBlogThis!Share to TwitterShare to FacebookShare to Pinterest
Labels: Reedsy, YA

Perfect tips for writing a story for the IWSG Anthology Contest!

And good timing for those wanting to jump into the next IWSG anthology contest!

Hi Lee - that's a focused post ... Reedsy looks like it'll be really helpful to many writers and entries for that anthology - have a good week - cheers Hilary

Always be careful with slang as it changes so fast.

Great timing as about to revise my anthology entry - hope this old fogie is on the right track at last.

Great tips indeed. Language is a big one.

Excellent tips! I find 1st person so challenging to write but it does work for so many YA stories!

I think many characters in a YA can be of various ages so long as the main POV is told from a teen's. I whole heartedly agree with the "DO NOT PREACH" point. No one likes it, but teens are allergic to even a smidgen of a whiff of pedagogy.

Great tips. Very helpful for someone not used to writing in this genre.

I am an artist and I specialise in glass painting, so I always wanted to start a blog that can display my artwork and describe them suitably, so I hired a professional writer from ‘Copycrafter’ and we stay in touch always because it helps him to create amazing content for my blog. I am becoming famous for my painting skills, and it’s a wonderful feeling for me.