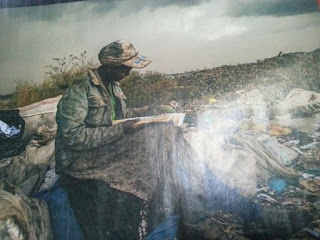 I want to write about her.

The year I discovered writing to prompts.

Then I discovered to write to prompts you need to understand flash fiction.

The first time I heard the term, ‘flash fiction’ I had to google it. It sounded intriguing to write stories under 1,000 words. I’ve never lost the excitement.

Soon I had flash fiction sorted. Sorted? Yep. Flash fiction works in mysterious ways. It demands a snappy beginning, clues you drop along the way, and a twisty ending where the reader goes back and exclaims over your cleverness.

Not so different to regular writing.

That’s the point. Writing to a prescribed low word limit sharpens our writing as we edit, rewrite, edit.

But my world wasn’t complete until I stumbled upon sites that offered writing prompts in the form of swords or images or both.

During my early blogging days, I friended Francine Howarth, now a best-selling author on Amazon. The British aristocrat and the Wild Colonial Girl formed a partnership. Having a romantic bent in our writing, we found none of the writing challenges a good fit. I had the idea of starting our very own ‘writing to prompts’ challenge.

When we began weekly prompts, we soon gained a following, some who continue to write to the WEP (Write…Edit…Publish) writing prompts. How’s that for longevity in the internet world? The prompts were mainly words or phrases, but the picture prompts proved popular (a bit like my alliteration!)

So what’s the value of writing prompts?

I’ve found there’s nothing quite so useful as an insightful prompt to set the gears of our brain in motion. It can become an emotional experience when a word triggers a thought, painful or pleasant, in our minds. Over the years of running writing challenges, I’ve been constantly amazed at how many interpretations come from one word or phrase. Hmm. Think of the word, ‘tragedy.’ What comes to your mind? How many interpretations could arise from this one emotive word?

So why did I rattle on about ‘tragedy’?

To give you a quick snapshot of the value of writing prompts. A participant’s mind may flash to that suffering parent who begs to be euthanized but it’s against her beliefs. She might write an emotional story that sounds like fiction, but it’s really her pouring her heart out onto the page, coming to some realization – maybe she’ll realize she’s being selfish; maybe she’ll search and find another treatment to alleviate her parent’s pain; maybe she’ll realize that her parent has the right to choose, even though it contravenes her beliefs.

Writing to prompts is so valuable to our writing craft. But at WEP, we count the image on the badge as equally important. Consider these three badges I had our badge maker, Olga Godim, mock up for ‘Tragedy’.

See how a badge is an important element? The badge often dictates the genre and the general feel of the story. Here I see maybe sci-fi, romance, murder … for starters.

I cast around for opinions from the WEP team and this is what they said:
• “A writing prompt alleviates writer's block by giving me a nugget around which writing can happen, a take-off point that leads somewhere exciting.
• Makes me think in POV's/settings/genres which might not have occurred to me independently. A specific prompt often leads a participant to write sci-fi for example, something they thought they were incapable of.
• Writing prompts help motivate you to write more regularly. A lot of people struggle to write consistently. Resolving to write something small each day based on a writing prompt is a great way to hone your writing skills.”

I have no doubt writing to prompts improves our writing. I’ve been doing this for 9 years now and another thing I love is when writing to a prompt leads to a novel. This has happened so many times. Pat Hatt comes to mind. Oftentimes someone comments on a WEP entry and likes the teaser so much he/she offers suggestions for turning that idea into a book. Sometimes it’s in the questions readers ask – what happens next? What happens to so and so? In 1,000 words, readers are already invested in a story/character/setting.

If you’ve never written to a prompt, I highly recommend it. It’s a great investment in your writing career. Google it and find many options. If you’d like to try WEP, you’ll find a supportive online writing community. 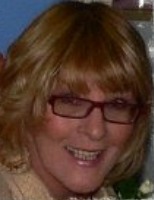 Denise Covey hails from Down Under. When not writing, she teaches English to her rapt senior students who think it’s way cool to have a writer for a teacher. Denise has decided it’s way cool to explore Renaissance history through the eyes of her favorite vampire hero, Duke de Castellina. Paris stories abound in her repertoire. “Saskia goes to Paris” (working title) is being shopped to Avon Books. Book One of the Renaissance Vampire Vipunin series is soon-to-be self-published under a pen name along with novella-length books of flash fiction and short stories.

Denise is everywhere online, but start with her blog or at Write…Edit…Publish.

Thanks Denise, and we're really glad you started WEP.

Some people really benefit from a prompt because it gets their creative juices flowing.

I enjoy writing to prompts. It's a good way to stretch my writing muscles.

I think you're totally right about how important it is to learn to be a succinct writer. As a word tramp who often gives away too much, writing shorts helped me tighten the novel length stories too.

Thanks for starting this and writing about it. I also like to use images (Pinterest boards now, magazine pics then) to help me get a feel for a character, location, clothing. Keep the prompts coming!

Yes, writing flash fiction to prompts teaches you a very important skill for every writer: cutting out everything non-essential from your narrative.

Got 3 books out from the prompts from WEP. They can stretch your skill and bring forth ideas you may have never thought of indeed.

That’s so awesome Pat. I’ve several short stories from mine which will be published soon.

Alex: So am i Alex. Thanks for the opportunity to share my journey in writing prompts.

L Diane: That's what our regulars tell us and I share that opinion.

Patricia: It is isn't it?

Elizabeth: I'm glad you got those pesky words trimmed!

Helen: I'm so glad you enjoy writing to prompts. I'm sure WEP will keep the challenges coming.

Flash fiction certainly forces us to choose our words wisely, and writing from a prompt can definitely force us to think about story possibilities that may never have occurred to us otherwise. Great post!

Laura, thank you! The voice of experience speaks!

As someone who pretty much only writes from prompts I agree, they are an excellent way to get the creative juices flowing. And require a surprising amount of discipline.

I've had at least two pieces accepted for publication which started life as writing prompts. Apart from the other ways they have impacted me, which are not so easily spelt out. Most of the time the it's intangible.

Besides, writing prompts are addictive! So profoundly glad of both RFW and WEP.

Elephant's Child: Writing to prompts definitely works the writing muscles EC. And yes to the discipline.

Nilanjana: I know you're addicted, Nila, since RFW days. I think you're one of our longest-serving members. How wonderful to have a poet of your caliber writing for us! Great that you've had two works published from writing prompts. May you have many more.

I still use prompts but I miss my daily prompt exercises of yore. Now that I'm doing book reviews and writing/editing a serial which releases a book a month, I don't have time to participate in flash fiction prompts nearly as often as I did even last year.

Hiya Cie. I’m sorry you can’t write to prompts as much as you like, but your stories add a lot to the WEP challenges. You know how important the prompts are to improve our writing.

Hi Alex and Denise - I guess I'd better come back here and see how to write a succinct story - seeing as I never seem to move in that direction ... but still I'm writing and now I'm doing WEP ... I do do that at least! Cheers - I'll have to think of adjusting my horrible harvest one - we'll see ... cheers Hilary

Hi Dnise,
My first contact with the WEP focused on tightening my writing. Although I usually write every day, I needed to write with others who were better than I was. So, when I started writing with the WEP, it was difficult. I read so many good entries, that I almost lost my nerves and quit. But I didn't and it was because I received so much encouragement from people who read my stories.

Today, I can say that I love the prompts because they challenge me to step outside of my own genre and stretch. In other words, the WEP has loosen my grey cells, and giving me through the prompts, an even wider scope of looking at my own stories and expanding them.
I think I have been writing in the WEP for four years now and I hope to continue because it enriches my life.

Writing prompts is what we responded to in composition writing classes wayback when. I looked forward to them every time, as we were given a choice of three. Most fun I had in school.

WEP was where I first heard of flash fiction - and I'm loving it! (although I'm struggling with the next prompt). I do think it's made me a better writer too. I'd encourage everyone to join & give it a whirl! :)

You've convinced me. I'm going to try it. Never have.

Prompts can help. I often write flash fiction and will look around for an image to match the theme I might be writing around to inspire me. I do intend one day to join in on a WEP month.

Next month is a good time. October is special with special prizes.

Jemi you’ve really taken to flash fiction. A prizewinning entrant no less. Me too re Horrible Harvest. Got too many choices.

Mirka: Still the most fun for me.

Pat: So pleased you didn’t quit. You’re a very valuable member of WEP proving the worth of writing to prompts.

Hilary: You? Succinct? That’s just not what we expect of you but it works for your style.

Prompts, especially WEP's, help me to think laterally. In some cases, they inspire a short standalone piece. In others, they add to an existing/ongoing creation. The crucial aspect for me is the structure regular prompts give my writing.

And Olga's visual prompts are excellent.

Roland: Yes you use the WEP prompts to great effect in crafting ongoing stories.

I really didn’t think I could write short fiction until I discovered flash fiction... and prompts! Now I love both—the prompts and the short form together especially allow me to explore genres and subgenres and styles I wouldn’t want to tackle for a whole novel, and that’s energizing and educational both.

Rebecca: Yes I love how writing to prompts encourages us to write out of our comfort zone.

On occasion, art galleries have been inspirational for me. I've come to love prompts for the welcoming pat on the last vacant seat at a venue I hadn't thought to attend. The results are so often exhilarating!

an elderly person considers it a ‘tragedy’ when they want to die, but can’t......... I have seen a few like that, and that is when I realised that old age is a curse.

Great article and tips on writing prompts. I will have to check it out. Thank you!