IN PURSUIT OF THAT LOOOONG CAREER 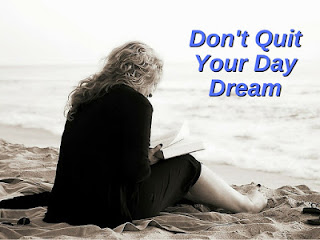 I’ve been doing this for a long time, a really long time like back when typewriter keys roamed over bond paper and White Out was my best friend. Before online groups, Social Media or algorithms. Back when a wannabe got info from the library and had never met an author in person, let alone a group of them. I wrote because I couldn’t not write. I submitted because I didn’t know how impossible the odds of publication were until I got a call from an editor in New York . . . wanting to buy my book and to see anything else I’d written.  That was in 1985, 69 titles and 20 reissues ago.  I’ve come a long way, baby, and oh, the things I’ve seen.

Back in the beginning, there were eight NY publishers and I worked with most of them. I published in romance when it was HUGE in the ‘80s. I couldn’t write fast enough, and at one time was contracted for eleven books in one year for three different NY houses. Revisions for my third book were due on the same day as my second child—both were early. For two decades, writing was my occupation and it paid well.

Who knew a crash in the publishing market could be as devastating as one on Wall Street? Mid-list died a sudden death (not once, but twice in my career) and authors like me were homeless. Many never sold another. So, taking my cue from Sean Connery’s famous quote in The Untouchables, I asked myself, “What are you prepared to do?” My answer, whatever it took. Learn, research, adapt, survive. It meant stepping back from the whirlwind of bus tours and big promo budgets, stepping down from the big leagues to recover in the minors—those wonderful small presses who were just getting noticed. 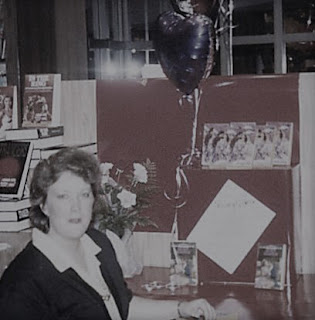 Rebuilding a career took more than writing that good book. It meant learning how to manage all the behind the scenes things that a big house’s publicist had done for me, things like getting reviews, making graphics, learning to manage my limited budget as a new animal – a hybrid author. I discovered I wasn’t without resources. I had a back list to reissue through non-traditional avenues, and . . . I could publish them myself! It was hard and time consuming, but my name got out there, my books were reviewed, readers found me again and my love for what I was doing returned, thanks to those new skills.

But not all hard work iss done at the keyboard. A lot of it happens in the psyche. It’s tough to be a writer: Isolated, vulnerable, at the mercy of things out of your control, with no paycheck or insurance, and often no at home emotional or practical support. You’re alone with the voices in your head and sometimes that self-talk isn’t pretty. You struggle to justify time spent out of the work force, away from the family with no reward in sight. That’s when you have to step out, like Indiana Jones, on faith. If you want it, believe it, and make it happen. Do what you gotta do and don’t make excuses to others or, especially, yourself. Find support (like here at IWSG!). Join a critique group, a writers’ chapter, a word count challenge—anything that makes you accountable and applauds your efforts.

Work hard but smart. If I could go back and reason with my ‘80s self, I’d have foregone that truck for the now-ex and hot tub in favor of deposits into an account for my future. Save it while you got it!

I’m OCD/ADD. I live by lists to realize my dreams.  Here’s one I’ve followed:

I’ve had three mantras for my career that are still true today.

“Be Prepared” from years in Scouting

“Suck it up” from author pal, Thea Devine

They’ve been around longer than I have, so who am I to argue? 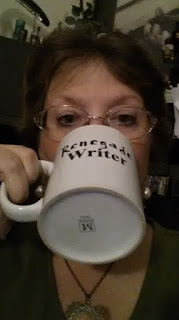 Nancy Gideon is the award-winning bestseller of over 69 romances ranging from historical, Regency, contemporary and series suspense to dark paranormal and horror, with a couple of produced screenplays and non-fiction writing books tossed into the mix. Newly retired from 20 years as a legal assistant, she feeds a Netflix addiction along with all things fur, fin and fowl, and dotes on her grandguy. She’s also written under pseudonyms Dana Ransom, Rosalyn West and Lauren Giddings.

Email ThisBlogThis!Share to TwitterShare to FacebookShare to Pinterest
Labels: how to have a writing career, how to keep producing books, long author career, long writing career, Nancy Gideon, success as an author

When one is up can be easy to forget to save for the downs and buy buy buy haha Willing to change and adapt sure has to be done in writing and many a job. And can't go wrong with "suck it up" lol

Thanks for sharing your journey with us, Nancy!

'not all hard work iss done at the keyboard. A lot of it happens in the psyche.' Really resonated!

Thank you for the candid sharing of this journey.

Happy Easter to all at IWSG in advance.

Just dreaming is just a wish - a real dream is pursued with action.

Thank you for sharing your insights. I've been doing this over 15 years and while the writer has morphed into publisher of others, I'm still learning and growing.

Excellent advice! I'm at the beginning end of this writing career, but I'm excited about the future :)

Wonderful advise. You have to work for those dreams, nobody is going to walk up and give you what you want. So glad you didn't give up.

Wow! Wonderful to hear about Nancy's experience in publishing. It certainly has changed a lot since she started writing. I can't even imagine 11 books in a year. She's a much faster writer than I am. :) Love the advice. Thanks for sharing what you have learned with us!
~Jess

This is just what I needed to read this morning! Thanks for the insights, Nancy!

What a fascinating read. Thanks for sharing your story.

You certainly have had a long writing career. It was great to read how it started and how you've changed your publication journey as times changed.

What an inspiring journey and wise words. Thank you for sharing.

What an inspiring post. Thank you for sharing and the advice.

Honestly, Nancy, you don't look old enough to remember the ole IBMs. That's when I started writing too, back when you used white-out to cover up your typos. I felt like I'd died and gone to heaven the first time I saw a typewriter with correction tape.

You missed one thing on your list: hunger. You have to be hungry enough to do whatever it takes.

Thanks for this wonderful post. I'm been lethargic this week. You just gave me a well-deserved kick in the derriere.

LOL, Joylene! Yes, IBM Selectic heaven! And yes, you HAVE to want it. I don't use the word Hungry because . . . well, then I need a snack. Glad I got you 'back to work'.

This is such a stirring post! I'm feeling motivated without benefit of caffeine or chocolate ;-)

"Don't quit your Day Dream" I absolutely love that.

Thank you. When it gets tough, I start to doubt that I have an ounce of talent. I will think that this would have to be easier if I had more/better talent and I'll wish I didn't love stories. But still they persist, those voices. It can be a downer. My biggest wish in life is that I suddenly had the same desire to exercise and eat healthy that I have to write. So far, it's never happened.

Thanks for an inspiring article, Nancy! You are the epitome of perseverance and grit. Take care!

You have had an amazing career. Good on you for adapting, it's not easy.
Thanks for the post, Nancy. It was inspiring and reminds us to keep on keeping on.

Thanks for sharing your experiences with us. Anyone has the capacity to dream, but it takes a lot of hard work and determination to make those dreams come true. You, obviously, have determination and perseverance out the wazoo. Congratulations for a successful career. (The harder you've worked, the "luckier" you got...)

that was profound and rung all the right bells. So raw and true. Love it.