What the Irish and British Writing Communities Mean To Me 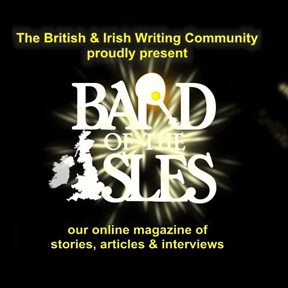 A few weeks ago, someone posed a series of questions in the British and Irish Writing Community’s Facebook group page. Who are we? What do we do? What should we do more of? The answers that came back from our members surprised me. Some of the group wanted us to focus more on what we have been doing with our magazine Bard of the Isles. Others suggested creating more online content, Q&A’s for newbies, discussions where we could chat about our journeys and the things we’ve learned.

What I found most interesting was that although some overlap existed from the various ideas generated, everyone had a different perspective of what the BIWC meant to them. That got me thinking, especially being one of the original founders of the group: what does the British and Irish Writing Community mean to me?


In a previous article for my friends here in the IWSG, I mentioned how our group originally came together. For me, in the early days, one of my biggest aspirations for the community was showing how writers from different backgrounds and at different stages in their writing careers could work together and learn from each other. I wanted writers from every corner and community across Ireland and the UK to show what we’re capable of building by working together. When people focus on what we have in common, instead of our differences, we can achieve great things. Likewise, when we ignore the better angels of our nature, the exact opposite becomes possible.

Some of my earli

est memories revolve around the sectarian violence and inter-communal warfare that ravaged Northern Ireland. Growing up in Dublin, I never experienced this violence first-hand. Aside from a few exceptions, most of it took place across the six counties that make up Northern Ireland, a part of the UK. I remember seeing images from the aftermath of bombings and shootings as sectarian gangs waged war against one another and the British Army. It seeped into the background of our everyday lives, permeating every resident of this island.

When peace arrived in 1998 thanks to the landmark Good Friday Agreement every community across our nations rejoiced. Something so unthinkable years before seemed tangible. After decades of murder and destruction, we could finally begin rebuilding our communities while fighting to ensure that the violence never returned.

For the most part, we’ve been successful. Most of the major terrorist organisations on both sides of the divide have disarmed. There are still a few who wish to plunge Ireland back into chaos, but they are the minority. For everyone else, we’ve seen what we can achieve by putting aside our differences and focusing on what brings us together, not what drives us apart. An entire generation has been born with no recollection of the misery and pain suffered for so long. 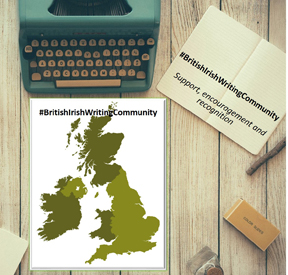 Although I have no direct experience of the atrocities witnessed and endured by so many, it is something that’s shaped my outlook, as it has millions of others. I’m a firm believer in trying to be the best possible version of myself that I can be. I still slip up and make mistakes just like every other person on this planet, but I learn from by blunders.

The British and Irish Writing Community has come a long way since our humble beginnings and we still have a long way to go to get to where we want to be. Each of us has experienced some sort of hardship or frustrations with our respective national lockdowns, but the community we’ve created has also provided supportive friendships and relationships. We encourage each other, pick each other up when things are tough and celebrate every victory that takes us closer to our dreams.

So, what does the British and Irish Writing Community mean to me? It’s a place where we can stand shoulder to shoulder with fellow writers, learn, exchange ideas, build friendships and be the best that we can be. I’ve no idea where we’ll be in five or ten years, but no matter where that is, I know that we have a solid community full of great people capable of doing anything we set our minds to.

I’m humbled and grateful to every single member for making the community the vibrant place that it is.

I’m proud to be a part of the British and Irish Writing Community. 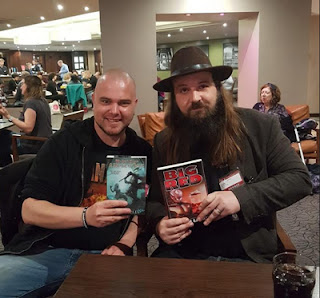 Damien Larkin is an Irish science fiction author and co-founder of the British and Irish Writing Community. His debut novel Big Red was published by Dancing Lemur Press and went on to be longlisted for the BSFA award for Best Novel. He currently lives in Dublin, Ireland and is editing his next novel Blood Red Sand due out in May 2021.


Are you part of a writing community?

Thanks for hosting this article, folks. An absolute pleasure as always!

Thanks for joining us, Damien!

That's great how the writing communities are coming together during these challenging times. Thanks for sharing, Damien!

Wonderful post, I once lived in Enniskillen N. Ireland also travelled both north and south to see Danny Boy in concert so know the area well.
I didn't live there in troubled times but all the same it was great living there.
Yvonne.

@Alex Thank you and much appreciated as always!

@Natalie Yes, it's great to see everyone pull together during these trying times. Sometimes, just having someone to message or a community to chat to can make all the difference!

@Yvonne I love living here and it's fantastic to see how the country has changed since I was a child. I'm really optimistic that if we can continue working together, we can build an inclusive place for all the communities of this island to live in peace and prosperity.

Being around or connected to writer like minds is meaningful and helpful, too.

That is great you can all be connected now.

@Teresa Agreed on that! I've learned so much from my fellow writers in the community and hopefully I've given by colleagues some valuable tips too.

@Diane Yes, it makes all the difference having people to reach out to, ask questions and support when needed.

Hi Alex - great guest is Damien - so interesting and to see he's represented by Diane at Dancing Lemur Press ...

An excellent article Damient - thank you and just right for this day and age. Living in London I experienced bombings ... thankfully a mile away - but once was enough.

It'd be great if we could have a peaceful world ... but being amongst like-minded folk is so helpful ... especially now.

All the best to the two of you - Hilary

Thanks for sharing your community and what it means to you. It sounds like an incredible support team.

Great that everyone can be connected now and enjoy it

@Hillary That must have been scary, but thankfully that's all in the past now. I'm glad you enjoyed the article!

@Tyrean Yes, I've made so many friends and really grateful to them for everything!

@Pat Agreed on that. Even in lockdown we can all connect with ease which is exactly what is needed.

I clearly remember the violence and warfare in Northern Ireland. As a Canadian, it was hard for me to fathom. Your writing group demonstrates that people can move beyond a difficult, even deadly, past and come together again. That is an encouraging message right now.

Hi,
Congratulations on your debut book. I've read some a lot about the violence between Britain and Northern Ireland because it interested me. There is always a time for healing. By that I mean coming together to reach an outstanding and recognizing the need to accept each other as humans.
Your article engaged my mind because I see forgiving others as a primary door to moving out of hatred and violence.
Shalom aleichem,
Pat Garcia

I'm a great fan of British and Irish writers. Thanks for the wonderful article about your community. I was wondering if you've watched or participated in Speakeasy? I think it's out of Skiberdeen.