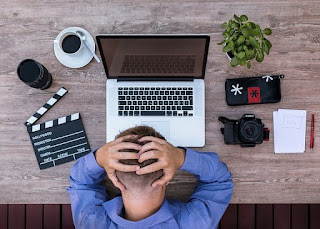 Katharina, commonly known as Cat, was raised in the middle of a forest in Germany where she and her three brothers roamed and dreamed. But even tomboys grow up, and therefore she got an education, programmed a forest growth simulator, and returned to the love of her life, her now-husband, with a rather useless PhD in science and the head filled with strange facts about our world.
When her best friend unearthed a box of historical documents about her family that reached as far back as the 15th century, Cat wrote two historical novels. During that time, her dream child landed in her little family, followed by two beloved foster children with special needs.
So she put aside all aspirations of ever working as a forester and focused on raising her children and writing the best books she’s capable of. By now she’s dabbled in several genres, mainly Fantasy (fairy tale retellings), SciFi, and Historical Stories.
Website

The right direction for your inner mule - well said!

Mules can be quit enduring, lol. Persistence is the authors friend. Great advice. Thanks for sharing your journey.

Finding that right direction sure is the way.

Mules all around. Persistence and stubbornness will pay off in the end.

Your journey to publication mirrors that of many authors who have persisted as you did. Your encouragement through the rough times is good advice for anyone who loves writing. After spending years writing novel-length stories, I am enjoying the pleasure of writing short stories, also.

I keep writing because I really don't know how to do anything else. Also because if I don't do it, I fall into a state of utter uselessness, and then nothing gets done in any other area of my life.
Writing I can do. I also get around to editing eventually. I'm an entire permanently burning trash fire when it comes to promotion, and on top of that, I'm on a fixed income and have no advertising budget. Le sigh.

Great advice! Thanks for sharing.

Stubbornness is what's kept me going with my writing.

Stubbornness is definitely one quality a writer must have.