The Clock Is Ticking

The title of this article sounds ominous, but really I’m only trying to sound trendy, cool, whatever the term is for fashionable is these days. Besides, I wanted to catch your attention. According to a Time magazine article a few years ago, a writer has seven seconds to keep readers focused, and by now, I’m sure the time is much less. Goldfish pay attention longer than that, but that’s for another article.

Today, I want to head into the topic of TikTok. For the non-social media inclined, that would be spelled Tick Tock. In China where it was created, it’s called Douyin, and it’s owned by the Chinese company, ByteDance.

So what is this semi-newbie of the online community? It’s another social media platform where you can create and share videos, but with a difference. Other people can not only see your video, they can use it to recreate their own videos. They can use the features called dueting and stitching to cut and paste bits from your video and react to it as they wish.

I see danger, Will Robinson! But then I’m not a teenager. Therein may lie the difference. 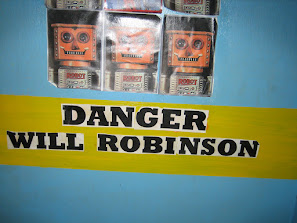 TikTok’s For You page is an interesting feature. You don’t have to wait for someone to share what you post for it to spread across other communities and networks. Also, you don’t have to follow someone to be privy to their posts. TikTok obliges you by showing you content based on the interests you’ve demonstrated and the activities you’ve engaged in.

Hmm. Something else has gathered a lot of data about you, so now you can expect your every desire to be anticipated with the stroke of a key. Are you excited yet?

Indonesia and Bangladesh aren’t excited and neither is India. They’ve banned TikTok, citing illicit content. India says it’s a threat to national security. Cyber security folks don’t give it a thumbs up on the secure side of things, but still, TikTok has surpassed three billion downloads worldwide.

Obviously, there are a lot of people who are eager to embrace this platform, and many of them are writers who are catching on to some of the benefits TikTok offers.

The #BookTok hashtag gives a lot of writers with small budgets a shot at some widespread publicity. If you’re a writer who can create or “harvest” videos to use, you just might have a shot a going viral with your next book. Take a look at the Barnes & Noble video of a book table (on TikTok now). Someone holds up each book, reads the title, and moves on to the next book. In one TikToc you have the potential for thousands of eyes on your book.

While I’ve pointed out the downside of an algorithm that gathers data to tailor the relevancy of content to the individual, there’s also an upside for those trying to sell books. The dog catcher who follows you, but makes clear s/he only reads the dog catcher manual (no disrespect to dog catchers intended) won’t see your video about your 100K novel set during the fall of Rome. The avid reader of historical fiction will.

So, that's as much as I know about TikTok right now, but I'm looking at it, and perhaps my better judgment will be overruled by my desire to enhance the marketing of my books. Maybe I'll sign up just to irritate the fourteen to twenty-five-year-olds. In fact, if you're over forty, I think you should dive in. As I see it, that's one way to ensure the youth of the world will abandon TikTok. It’s no fun for teens to be online with their parents commenting and sharing their posts. Facebook is a good example of teen exodus due to parental guidance.

hahaha this is true. All for annoying teenagers.

Thanks Lee - it's good to have an intelligent look at 'new things' ... social media is rather all consuming - I'm quite glad I'm out of it - and look on (rather vaguely, I have to say!!) ... cheers Hilary

I've heard more about it being banned than anything else. I'll let the young ones enjoy it.

Thanks, Lee for the assessment of the Tik Tok "situation." Very interesting. Certainly, something to think about for the future...

I'm waiting for the next new shiny thing to come along. They just keep coming. Thanks, everyone for reading and commenting.

Joining as prevention services. Love it.