There has been a lot of debate about whether a character needs a wound, and what role the wound plays in characterization. Is a wound necessary? Do characters need some kind of deep trauma in order to give context to their present action behavior and plot? (Check out a very interesting article on the topic here: https://www.newyorker.com/magazine/2022/01/03/the-case-against-the-trauma-plot, free if you haven’t reached your monthly limit of New Yorker articles.) 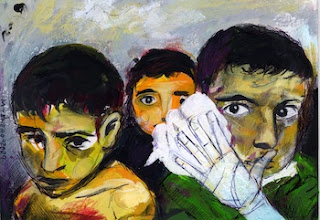 As a writing teacher, I do believe that imagining a backstory for your character can add the type of depth that a lot of stories require. After all, your character doesn’t just exist in the present context of their story. Their actions, reactions, worldview, struggles, etc. have come from somewhere. And while it’s true that the word “trauma” is bandied about, some would argue, too much, it’s an important tool to be aware of in your writing arsenal. (Another interesting consideration here: https://www.nytimes.com/2022/02/04/opinion/caleb-love-bombing-gaslighting-trauma.html, free if you haven’t reached your monthly limit of New York Times articles.) Especially after these last two years, it seems that everything is getting the pop psychology “trauma” treatment.

Often, we teach that a character has a wound or trauma in their backstory, and that this creates their current need. For example, if they have been abandoned by a dismissive parent in their family of origin, they might be unconsciously searching for acceptance from their current situations, relationships, etc. The “need” differs from the “want” or “character objective” because it is generally not something they are willing or able to acknowledge until they realize it. The want or objective is something they are pursuing, ideally, from the beginning. The two can be very different, converging or switching places (in terms of prominence) only when the character realizes the forces that have been driving them all along.

Whether or not your character has a wound or a particular trauma in their backstory is, of course, up to you. There’s also something potentially interesting about having your character’s backstory be positive, rather than negative, in order to combat the trope of the tragic past. If you do choose to use the wound, here are some considerations:

A character’s backstory doesn’t have to be long, melodramatic, or complex. But I think it’s important to consider what shaped them in the past on their way to their present. Otherwise, you might end up with a character who exists without much anchoring—readers may not have a sense that they are fully fleshed out, simultaneously existing in the present, remembering their past, and thinking about their future. Add these considerations of the wound to your character portraits, and see what develops. 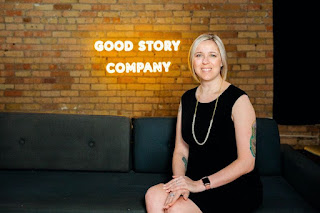 Former literary agent Mary Kole founded Mary Kole Editorial in 2013 and provides consulting and developmental editing services to writers of all categories and genres, working on children’s book projects from picture book to young adult, and all kinds of trade market literature, including fantasy, sci-fi, romance, and memoir. She founded Good Story Company in 2019 with the aim of providing valuable content—like the Good Story Podcast, Story Mastermind, and Good Story Learning—to writers of all categories and ability levels. In 2020, she partnered with literary agent John Cusick to create Upswell Media, an intellectual property company which develops compelling modern middle grade and young adult properties for today’s diverse and dynamic publishing marketplace. She also provides select ghostwriting and done-for-you revision services at Manuscript Studio.

She holds an MFA in Creative Writing and has worked at Chronicle Books, the Andrea Brown Literary Agency, and Movable Type Management. She has been blogging at Kidlit.com since 2009. Her book, Writing Irresistible Kidlit, a writing reference guide for middle grade and young adult writers, is available from Writer's Digest Books/Penguin Random House.

SPECIAL NOTE: Good Story Company has recently replaced Crit Collective with a much more robust subscription called Good Story Learning. Instead of a forum, there’s a Discord community of writers, plus exclusive on-demand content from Mary Kole and the Good Story Company team about writing, revision, submission, marketing, and more, for writers of all skill levels. A sizzle reel available here.

I've used past trauma in several of my books and yes, I made sure the character was aware of what was driving him.
Great tips, Mary, and thanks for joining us today.

I have met many writers who have used past trauma to help with their writing.

What an interesting discussion. Thanks for sharing this.

Thanks for sharing your tips on how to use past trauma in a manuscript, Mary. It's good to know that the trauma doesn't have to be completely resolved in the story, especially since we often must learn to live with the effects a trauma has on our lives.

Excellent tips - a person's past does shape their future and how they will react.

Thank you. It bothers me that we're overusing "trauma". As someone who spent years working with abused children, I realized quite quickly that what I had considered trauma was a day in the park compared to some of what I heard and saw.

From a social work stand point, most times, the person with the issue is one of the last to fully realize how a past trauma is motivating their actions, so I can understand why a writer would feel it should be hidden until the end. But, considering your advice, I'm thinking in the first pages, show the behavior, mention the trauma and in the following pages allow the character to become aware, but don't leave the reader in the dark.

Thanks! I have a WIP this advice will help immensely!